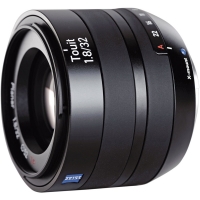 I've been looking for an all-round standard lens for my X-E3.  Fuji's genuine XF 35/1.4 was too noisy for me, and I don't like the inner barrel moving back and forth when focusing along with the attached hood.  XF 35/2.0 suffered from sample vatiation, and my third sample, although its optics was very well centered, didn't yield acceptable sharpness at the far corners even stopped down to f8.0.

I was hesitating to go for the Touit, because both Optical Limits (formerly called Fotozone) and LensTip reported their test samples was not properly assembled.  Nevertheless, I decided to try one for myself, being a bit disappointed by the genuine lenses.  Quite fortunately, my first sample appears to be just fine.  The sharpness of the central area is fine even wide open, except when the lens is focused at the closest distant ranges.  And, even focused to the closest limit, the subject is finely rendered.  The sharpness of the entire frame is very good already at f4.0.

What I really like is the rounded rendition of the focused area and the smooth bokeh of the area immediately in front of and behind the focused area.  Apparently, the longitudinal chromatic aberration is not really apparent.  The overall color-related aberration seems to be kept at bay.

The focusing speed is not very fast according to today's standard for the prime lenses of this class for the mirrorless system in general.  But it is on par with Nikon D750 and AF-S 50/1.8G combo that I fondly used previously and the focus accuracy is noticeably superior to that of Nikon combo.