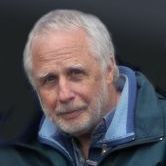 On my seemingly-eternal search for interesting lenses for close-up work I could not help but come across the Schneider Kreuznach Macro Varon 85mm f/4.5 CAS lens, if only because Schneider promotes the Macro Varon all over the place. And that’s a lot of promotion for a lens most photographers have never heard of.

Well, I heard about the Macro Varon and searched it down to its price tag of $4500 and that set me back on my heels a bit. I don’t need a new lens THAT much. Well, perhaps a Zeiss Otus or two would be alright. I did make some calls, sent out some email requests and finally found that the Macro Varon could be had for somewhere in the mid $3K range brand-new. Well, of course that just sent me to Ebay looking for used copies. However, while it has happened, the Macro Varon does not show up used on Ebay very often, in fact hardly ever. Well, that limited my searching. I did find out that one sold on Ebay some time ago.

Again, I spoke with Schneider reps about the Makro Varon on the phone and finally just let it go. It’s not that I don’t have other lenses that I might buy. LOL. And for those of you foolish so think I’m rich, guess again. I sell old equipment to buy new equipment as I go along. I just do it methodically.

To make a long story short, recently a good friend sent me a message that there was a Makro Varon actually on Ebay for $1500. Well, that turned the corner for me and I bought it in about 15 seconds from receiving the message. It came from China, was used, but looked in decent condition. When the lens finally showed up at my door it was obviously brand new or in mint condition. However, it came in a strange industrial lens-mount which held the lens captive with three very tiny screws.

I exhausted my collection of tiny screwdrivers, flat, Phillips, and torx (star). Then I called the local optician and gear-heads and no one had a tool that small. Well, that was disappointing, since I had no way to mount the lens without removing this big clucky adapter that gripped it first. Then I went salvaging through dozens of boxes of camera-related stuff and finally found a set of tiny torx drivers, but none of them was small enough to work. But, there was one (tiny) hole where a missing torx wrench should be. Where was it? And sure enough, in the bottom of my box of Cambo Actus parts was the tiny torx screwdriver and to my surprise, it worked! I had the lens mounted in a few minutes and was good to go.

Now, I wanted to find out if this lens is best mounted directly to the camera and the camera placed on a focus rail, or should the lens be mounted directly on the camera with a small helicoid to focus with. The lens itself has no way to focus. It has six aperture blades (I wish there were more) and It has f/stops from f.4.5 through and including f/8. It does have something special, however.

The Macro Varon has an additional ring on the barrel that allows me to adjust the floating lens parts in the lens to fit a particular magnification ratio 0.5x to 2.0x. This compensates and suppresses aberration depending on the magnification ratio. The only other lens that I have that has such a ring is the first edition of the Nikon Printing Nikkor 150mm APO f/2.8. These rings actually work.

Another rather unique feature of the Macro Varon is that on each individual lens, during final adjustment, a tiny drop of red paint is placed on the rim of the barrel that allows (when the M42 adapter is screwed on tight) us to orient the particular lens to the camera sensor orthogonally, at right-angles. This is red dot calculated and optimized for each individual lens.

Anyway, I soon figured out that (at least for now) I get the most play out of mounting the lens on the Cambo Actus Mini View Camera. Next, I had to decide what kind of hood would be best, since my first shots (made without a hood) lacked a bit of contrast. I tried both flared and narrow-tube hoods and finally fashioned one from the Nikon K-Ring set, one K5 plus two K3s all screwed together. They made a nice tubular hood that seems fine so far.

Mounted on the Cambo Actus Mini, I soon found out that rather than the large (special order) cambo bellows I normally use that prevented me from getting as much field of view as I wanted with this lens, so I substituted a short bellows, which is fine because I do not need as much room with the Macro Varon anyway. That helped a bunch. I could also look into using a tiny extension/helicoid mounted directly on the camera, but I doubt that I would gain much, and moving the rear-standard on a view camera is better for stacking than using a helicoid. Anyway, I am up and running.

Here is a quick photo of my setup, the Nikon D850 on the Cambo Actus Mini. On that is the Schneider Macro Varon 85mm f/4.5 lens adapted to Nikon mount, with a hood made of several K-rings. So far, so good. And I include a couple of early shots taken with the Makro Varon to give you an idea of what this lens can produce.

This setup is not hiking-material, but certainly can go outside to the fields and meadows, at least if there is easy access so that the gear does not have to be carried far. The lens itself would be easy to carry for hikes, but would have to include some form of helicoid to focus or be happy with a DOF at F/8 and fixed focus.

Anyway, I’m checking out the Schneider Macro Varon 85mm and would be interested in any other user’s experience.

A fine review of the Scheider Macro Varon is this one by Robert O’Toole: 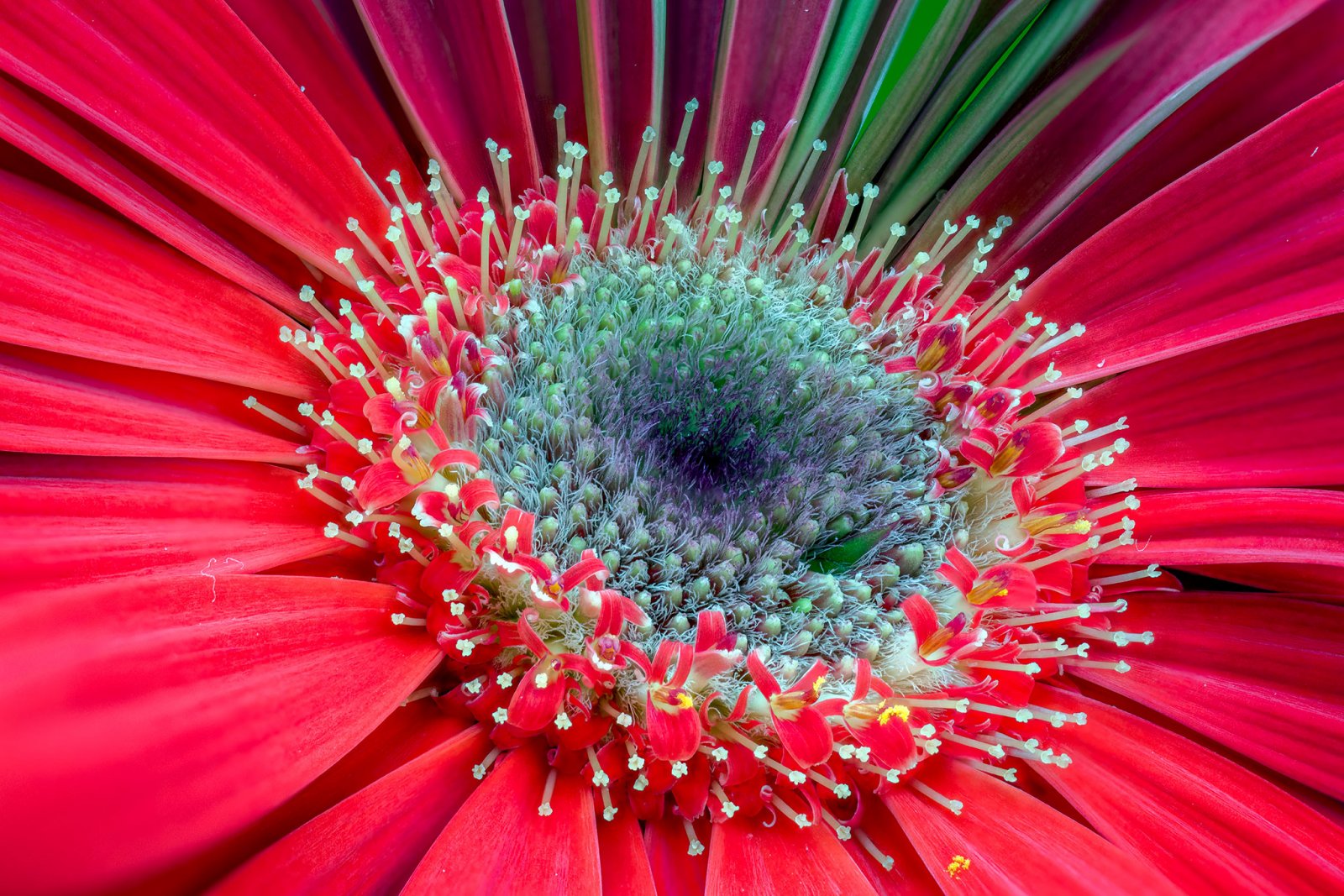 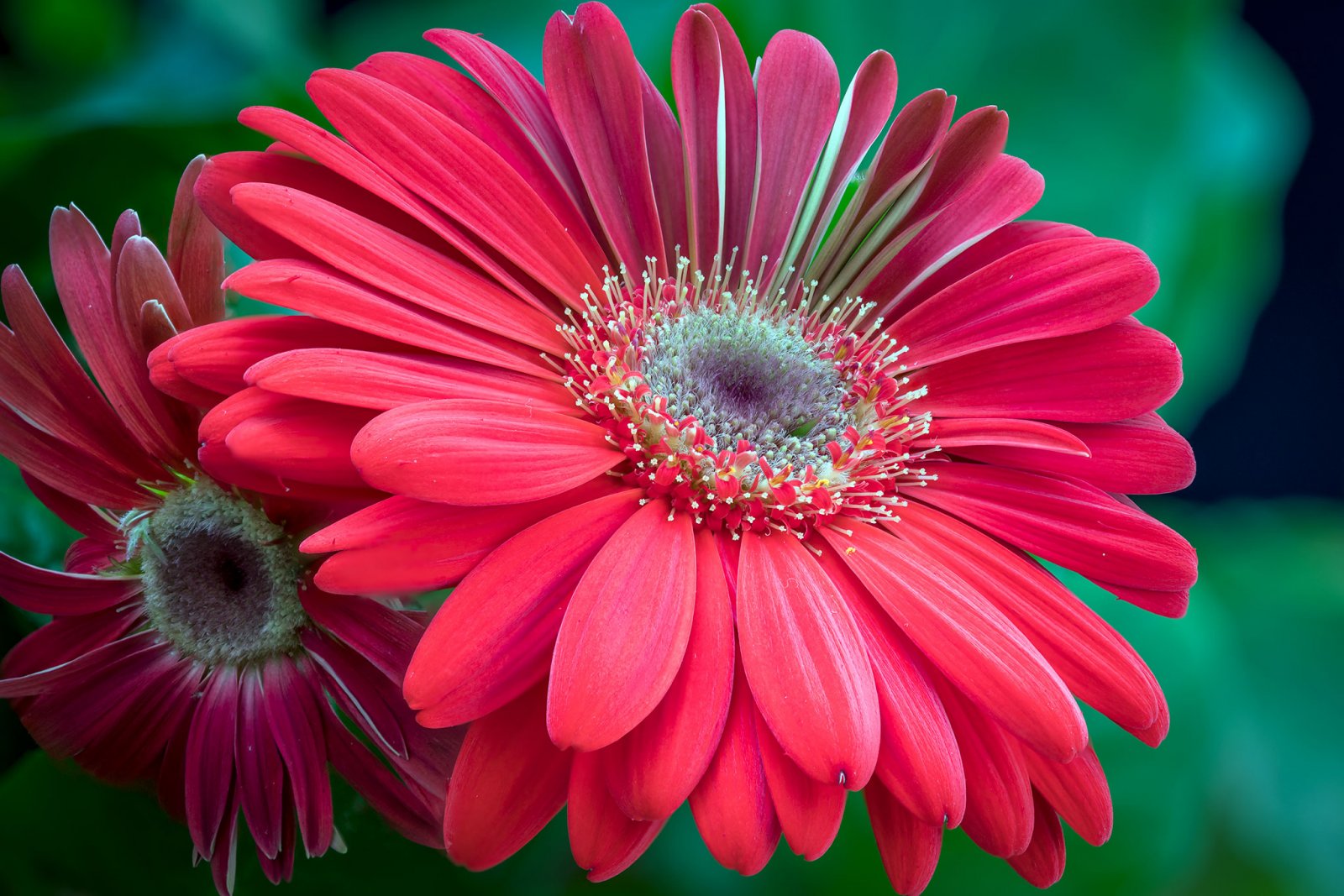 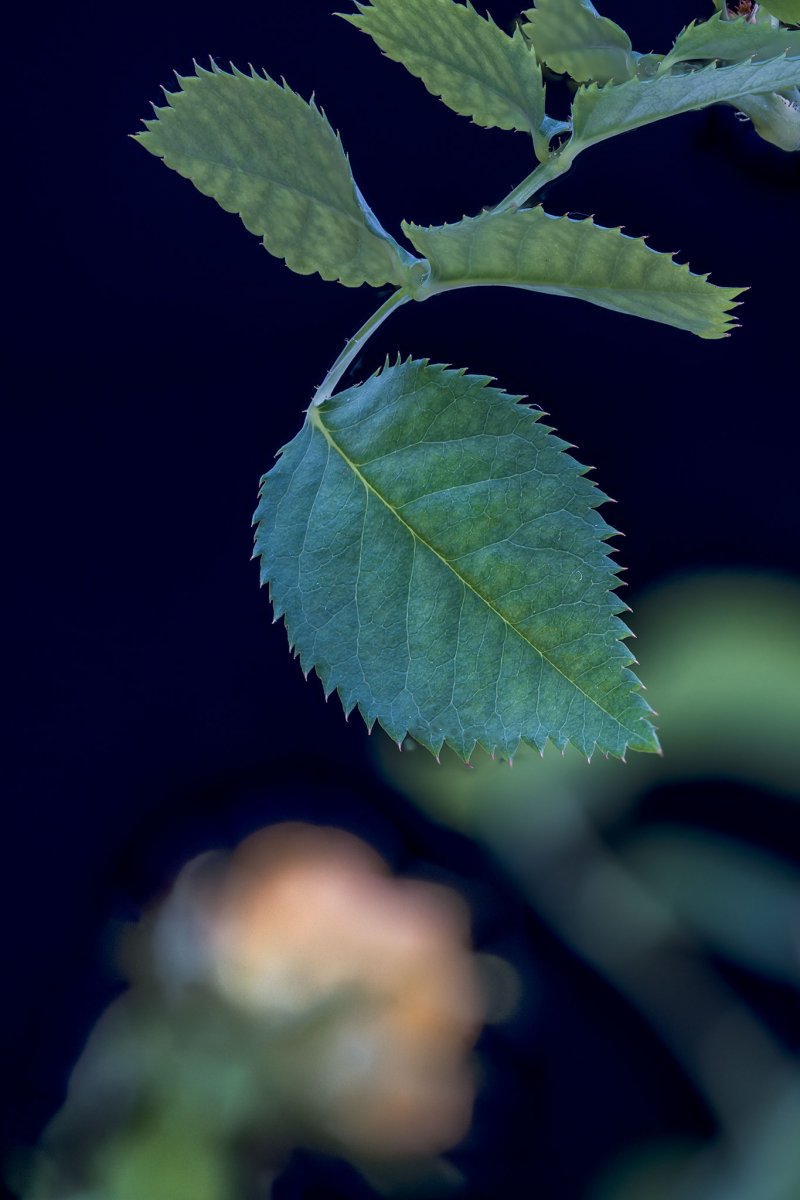 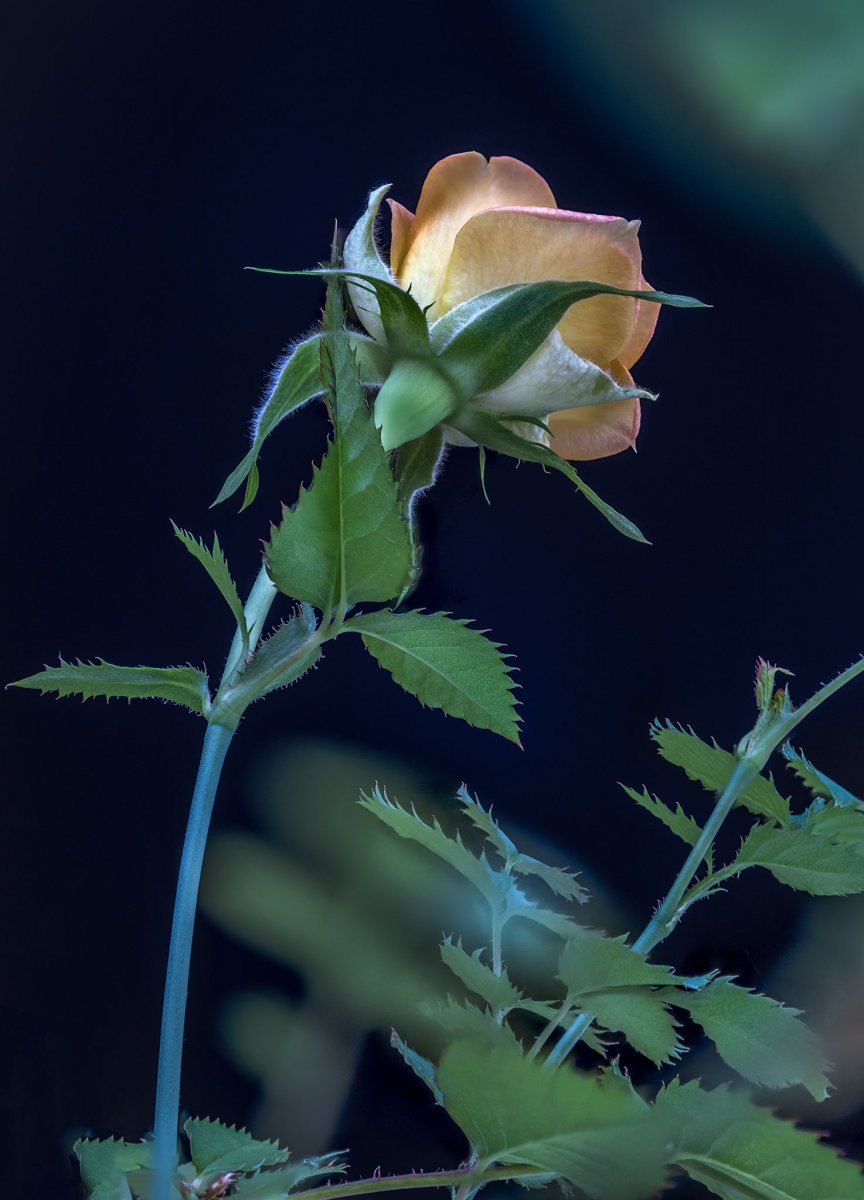 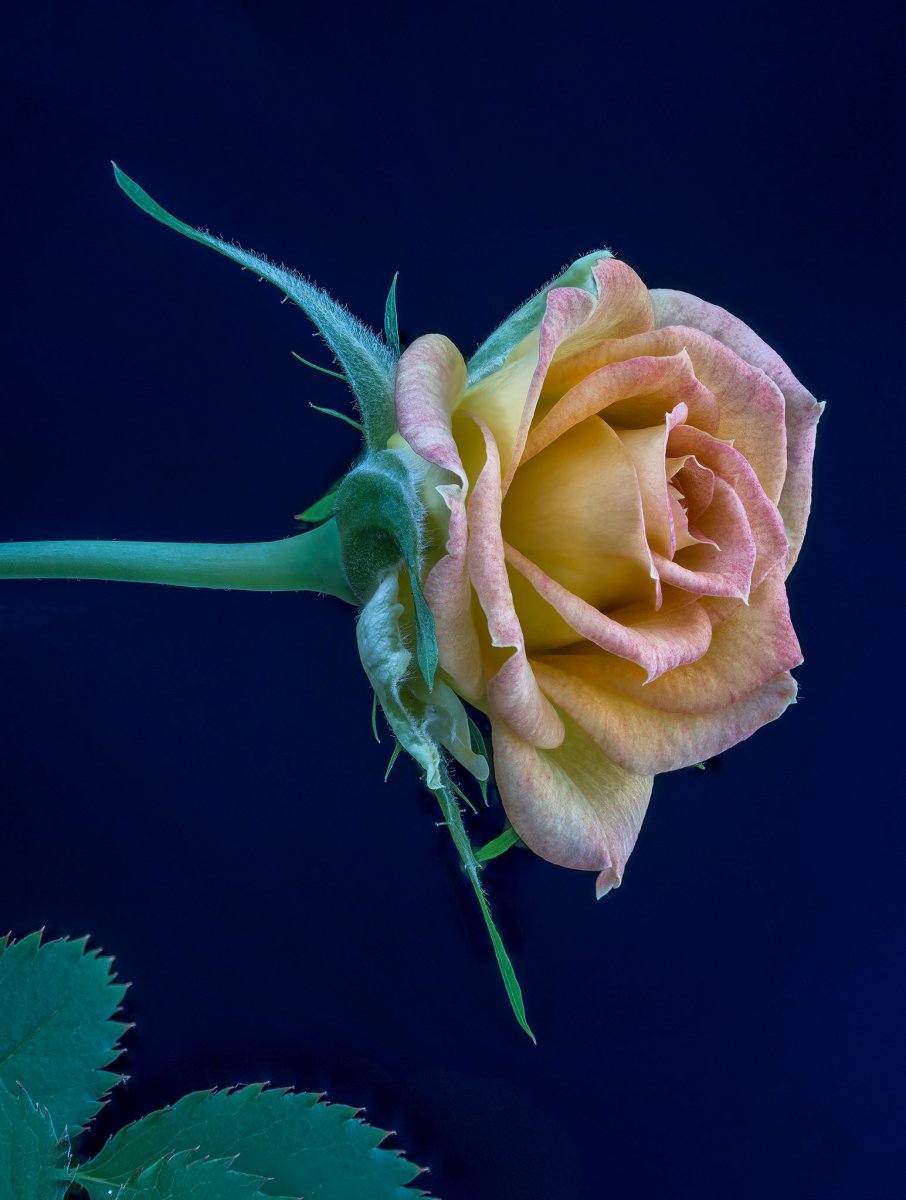 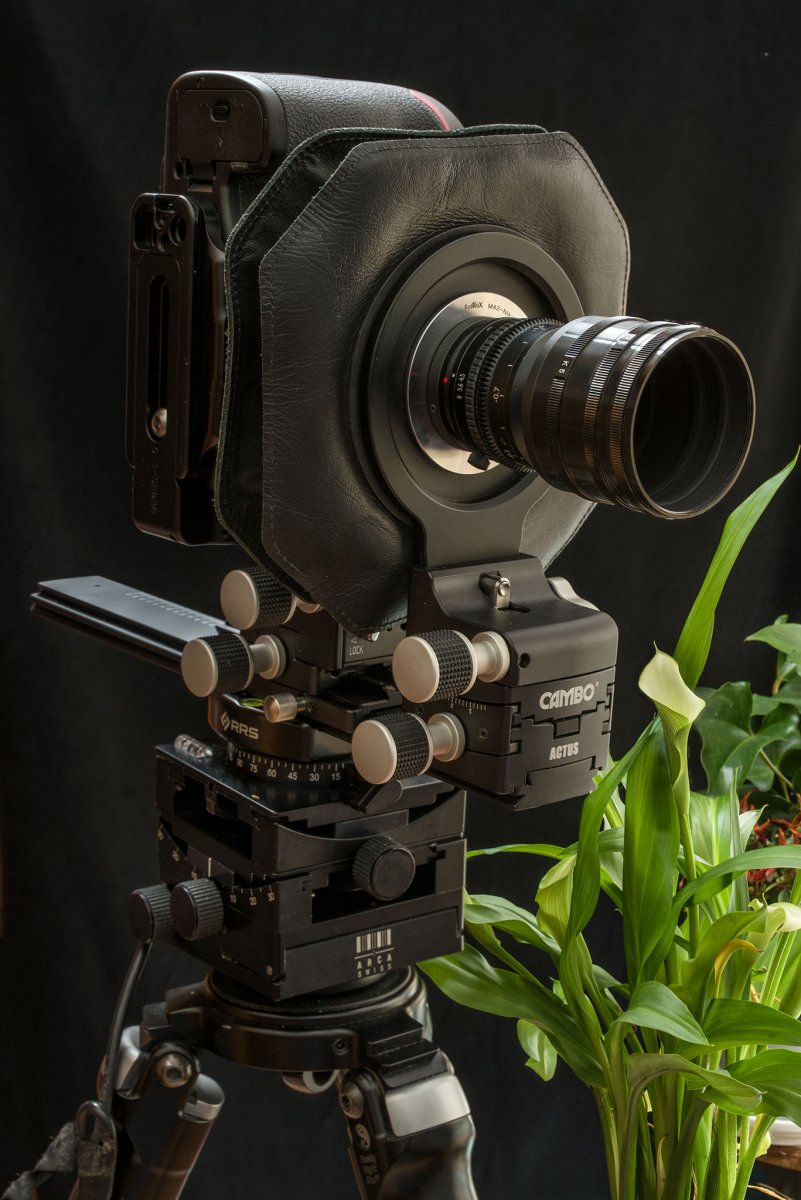 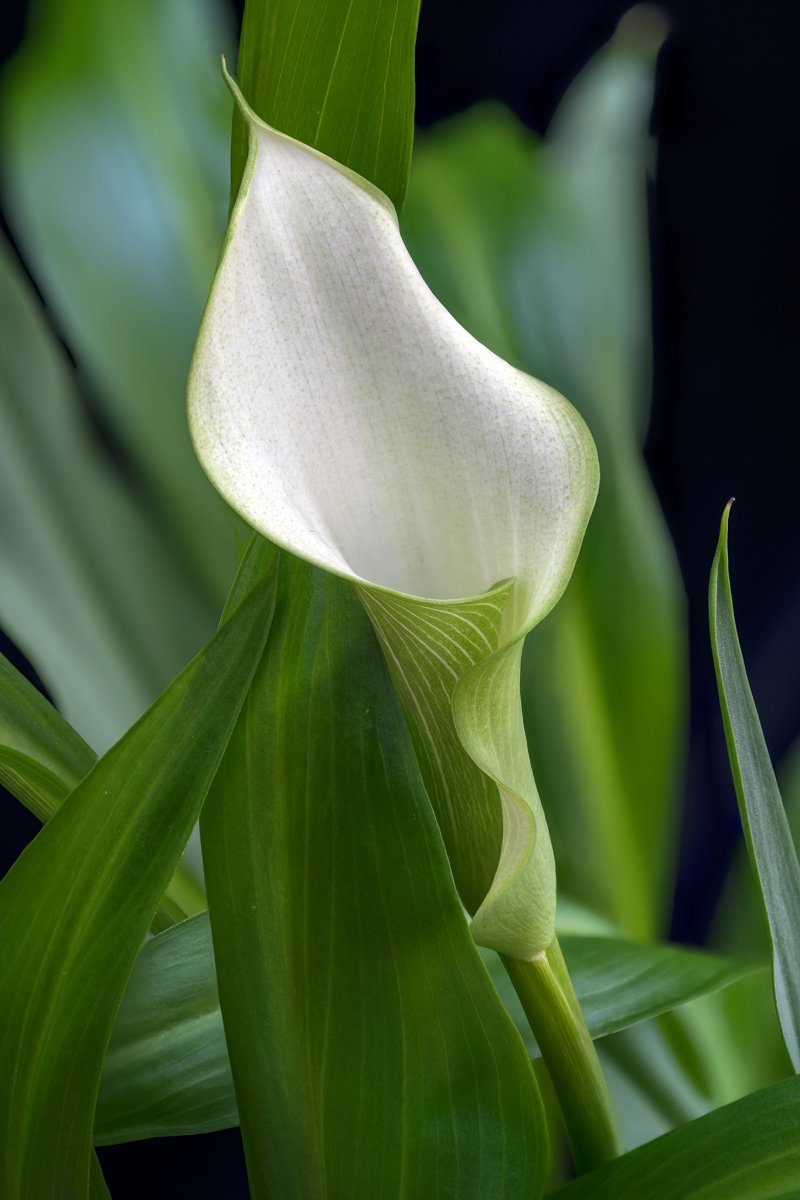 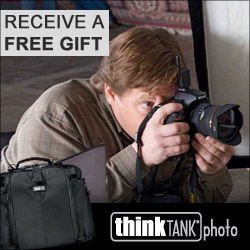