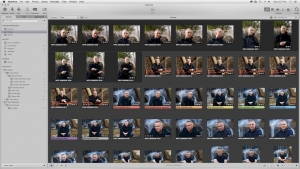 For those interested in migrating Apple Aperture libraries to Capture One I created this video that illustrates the process and details what metadata and organizational structure is migrated into Capture One. Here are some notes I made while testing this process over and over again in preparation to make the video.

What Aperture Library information is imported into the Capture One Catalog

Organization of Aperture Libraries vs Capture One User Collections

How do Aperture and Capture One Differ

How are Aperture and Capture One Similar

Full Disclosure: I am a Capture One affiliate. I earn a small referral fee if you use my affiliate link to purchase subscriptions, licenses, style packs and bundles.