Benefits Of A Silent Shutter 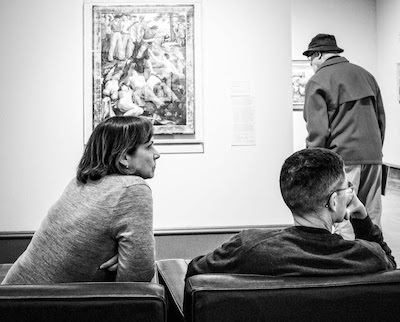 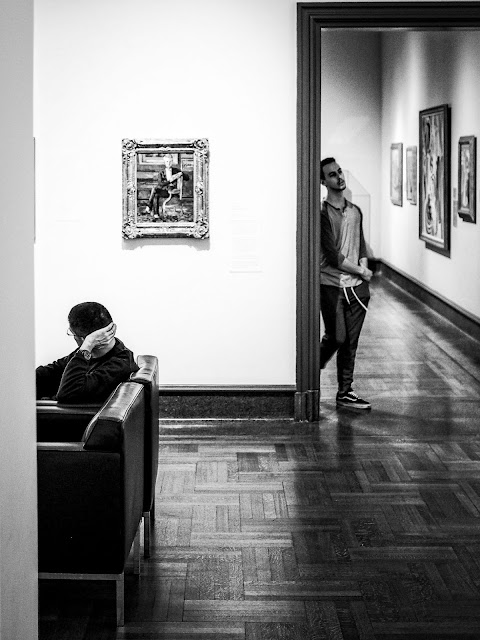 Lets talk today about a feature on some cameras that many might overlook or not know when they would ever us it. The silent shutter.

Let's not mistake this feature with the quite mode on some cameras, most notably the DSLR. This quite feature does not make the camera any quieter, just spreads the sound of the mirror box and shutter over a longer period of time, giving the appearance of less sound.

I'm referring more to the electronic shutter mode on some cameras or a camera with leaf shutter.

Of these kinds of camera, I have my Olympus Micro Four Thirds EM1 and EM5 Mk II and a Fuji X100T.

The Olympus shutter is by no means loud when compared to a DSLR camera, but if you want to go dead silent, the option is there. In the Olympus cameras, pick the shutter option with the heart shape next to it. You are no in electronic shutter mode. The mechanical shutter is now disabled and uses only the sensor readout. Shutter speeds are Bulb through 1/16000 of a second.

Why would you not want to use this all the time? Image warping, a.k.a. the Jello effect is one reason. The sensor scans each line individually and if you have a fast moving subject, then they might get distorted as the sensor readout cannot move fast enough to get everything locked into the time slice.
Another issue with electronic shutters are flash sync speed, or shall we say, a lack of ability to use flash in those modes. Some cameras do not allow the use, while others are severely limited to slow sync speeds. 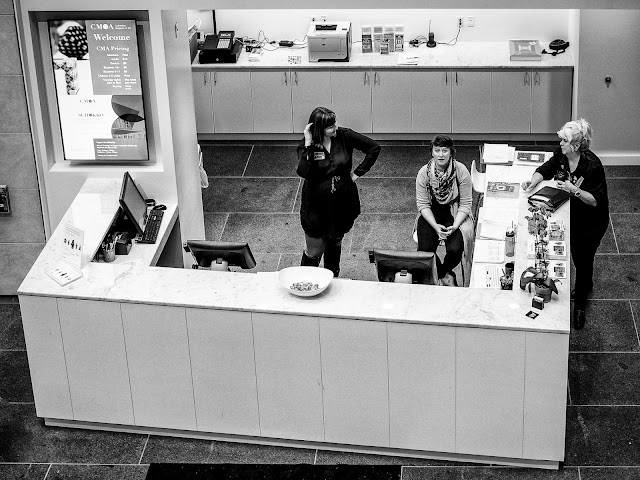 I was up on a balcony, quite a ways away, and even as quiet as the shutter on the EM5 Mk II is, the front desk staff at this museum was able to hear it. As you can tell from the body language, they do not mind that I am taking their picture, but they are "working the camera". Not exactly the candid, natural acting image I was looking for.

So, when would you want to use these kinds of camera/shutter devices?

During a wedding ceremony that was small and intimate with discretion warranted. Events where my Nikon D700 shutter sound made multiple tables of people turn around and look. I've also used it on occasion to shoot street photography. Now before anyone starts screaming, "perv" or creeper, let me explain my position on this.

I make no secret when I am out shooting street that I am there. I don't hide in corners or sneak up on people. From years of shooting, I've noticed that people tend to act differently when they know they are being photographed. When shooting street scenes, people in the scene should be as honest and natural as they can be. There are times when I shoot street with a long telephoto or silent mode or leaf shutter camera.

Without that, I would not be able to get images like these. 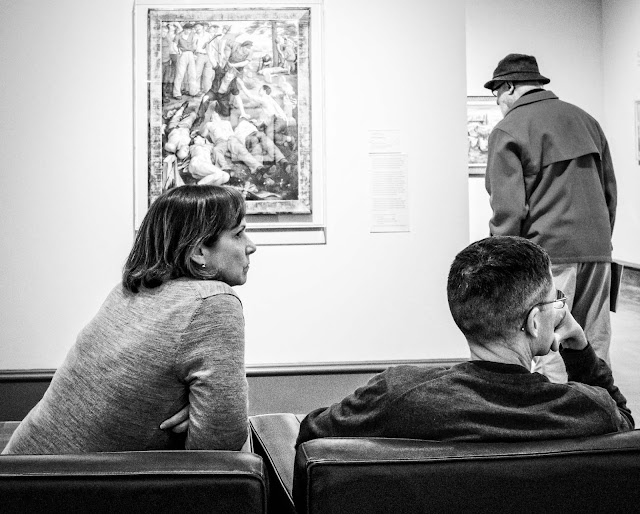 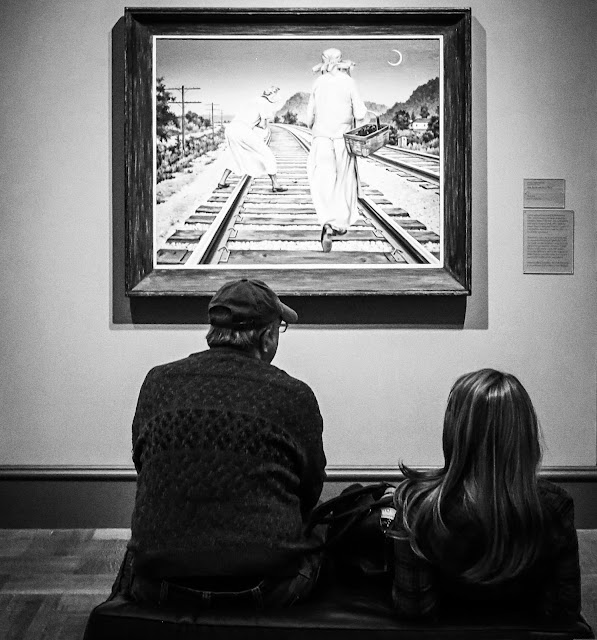 No cropping to these and I was never more than 6 ft away. A silent shutter made this possible without disrupting the subjects and without making a lot of noise within the museum itself.