Behind The Shot: Sunrise In Durban

It’s funny how the internet brings people who share similar interests together. Up until recently I belonged to a Facebook group made up of a lot of locally based, mostly wedding photographers. While I was a member of the group I occasionally sold gear that I wasn’t using on there. One of the guys I sold something to a while back who doesn’t live in Durban was visiting for a few days and asked on the group if anybody wanted to join him down at the beach for a sunrise shoot of the Moyo pier, which is part of the uShaka Marine World theme park. I thought I would take the opportunity to finally meet Don and share in the process of creating some photos of this iconic pier, which is very close to the spot where I was born and grew up in the 70’s and 80’s.

This happened on 30 June this year, just a few days after the winter solstice in the southern hemisphere, so we agreed to meet at the pier at 6am, giving us enough time before the sun came up.

I took down my usual landscape gear, the Olympus E-M1, my Olympus 9-18mm f/4-5.6, LEE Filters Seven5 system and the Sunwayfoto carbon fibre travel tripod I have had for a few years. I also decided to use the ThinkTank TurnStyle 10 V2 bag that I did a video review of earlier this year. In addition I had recently obtained the Olympus 11-22mm f/2.8-3.5 wide angle lens so I took it with too, just to see how it performed.

I got there before Don did and decided to set up my tripod on the north side of the pier. Setting up in the dark was always going to be challenging, especially on the beach, but the TurnStyle bag was a really big help because once I had the tripod and camera set up, I turned the bag in front of me and could handle the filters without any fuss (or sand). Great bag!

It was still too dark to get anything meaningful, but after a while Don arrived (he had gotten lost!) and we got chatting as we worked out angles to shoot from. The sky in the east started lightening quickly and it was time to get to work. I took a few shots with the 9-18mm but wasn’t seeing anything magical happening. The sky was also totally clear that morning, so no clouds to add any drama to the scene. My shutter speeds were sitting at around half a second at f/8 and ISO 200 (base for the E-M1). 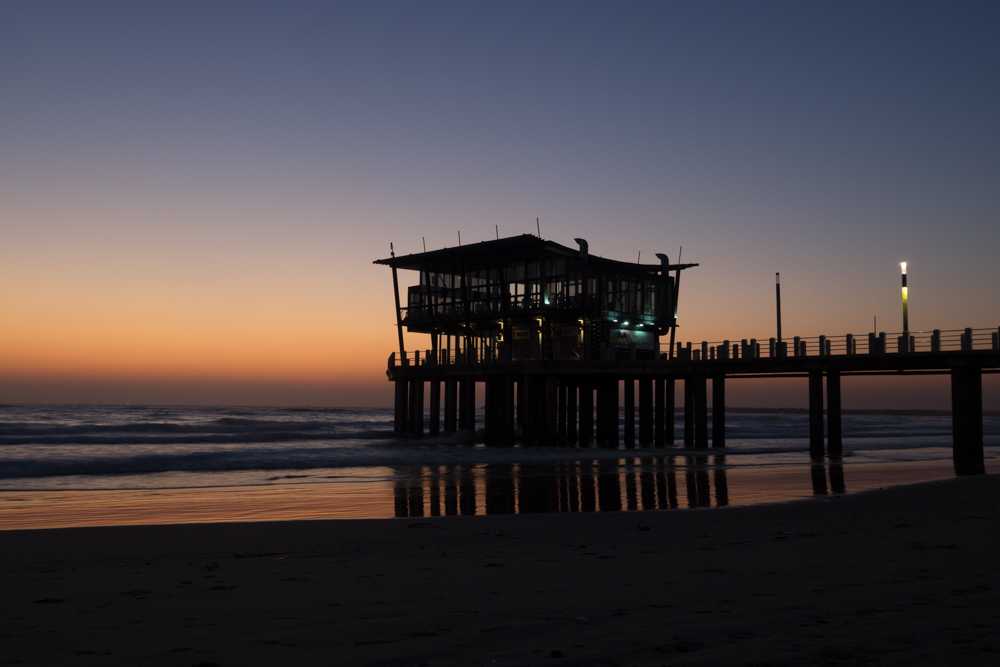 Straight out of camera; Olympus E-M1, Olympus 9-18mm, no filters. 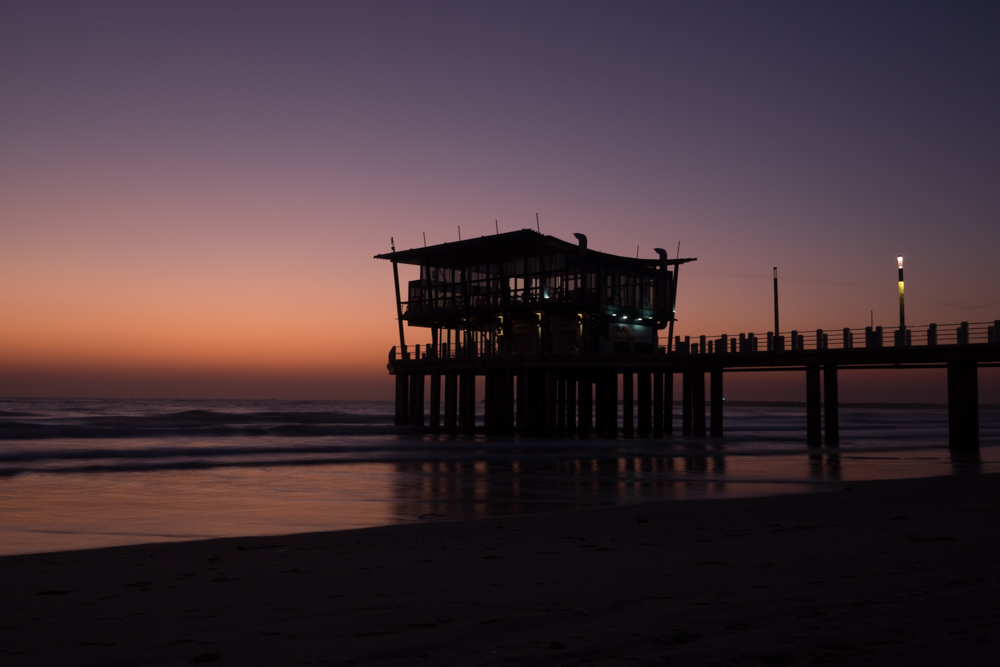 Then I put the 0.9ND filter onto the lens and suddenly the entire scene changed. The colour of the sky became much more dramatic as the shutter speed slowed down to 1.6 seconds. It was looking much better with the water too.

My next step was to add in the 0.9 ND hard graduated filter in front of the ND using the horizon as the blending point. This slowed the shutter speed down to over 3 seconds and I was getting a much nicer result. The shot below has a shutter speed of 5 seconds. 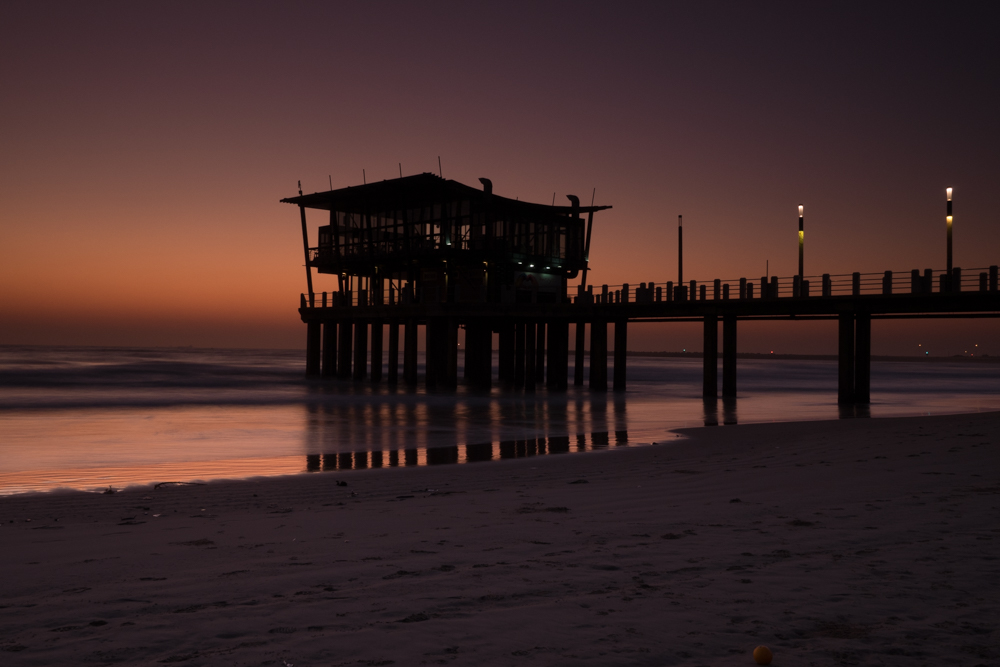 I played around with a few more zoom angles and then the ocean threw me a bone as a small wave swept over the sand in front of us. Now there was a much more interesting foreground with that soft, ethereal water we photographers are always seeking out to lend enchantment to our images. I had exactly what I wanted. I was done. 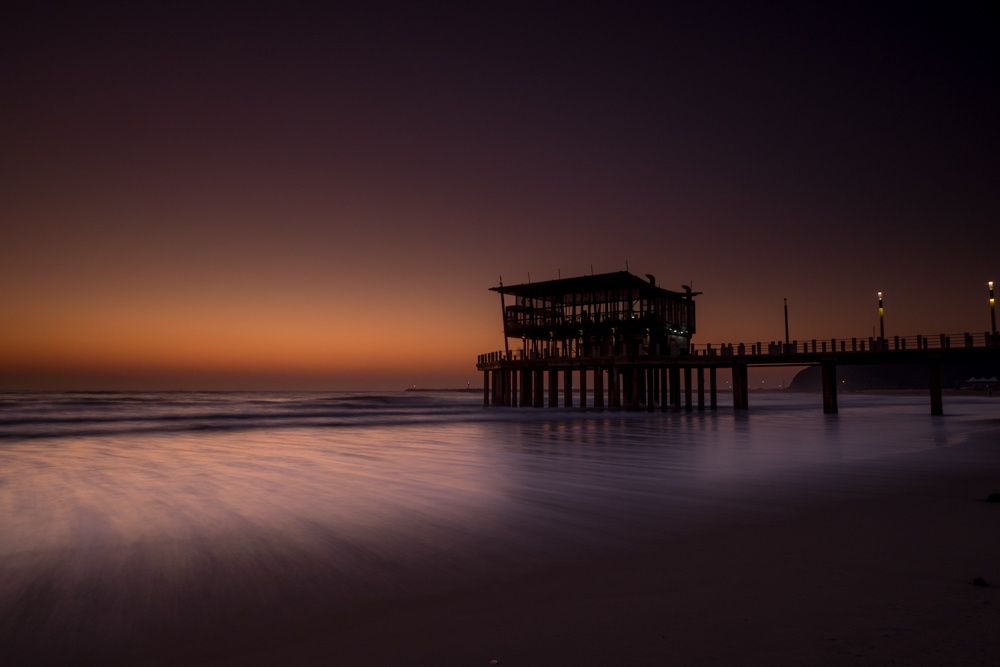 Processing this shot in Lightroom I adjusted the horizon angle by 1.1˚ and lifted the shadows by 50%. That’s all I did. Then I opened what I had done in Lightroom in the new program, Luminar and went through a few of the pre-packed filters. I settled on the Jim Nix “Dramatic Baby”, clicked apply and the result is what you see below - click to zoom. 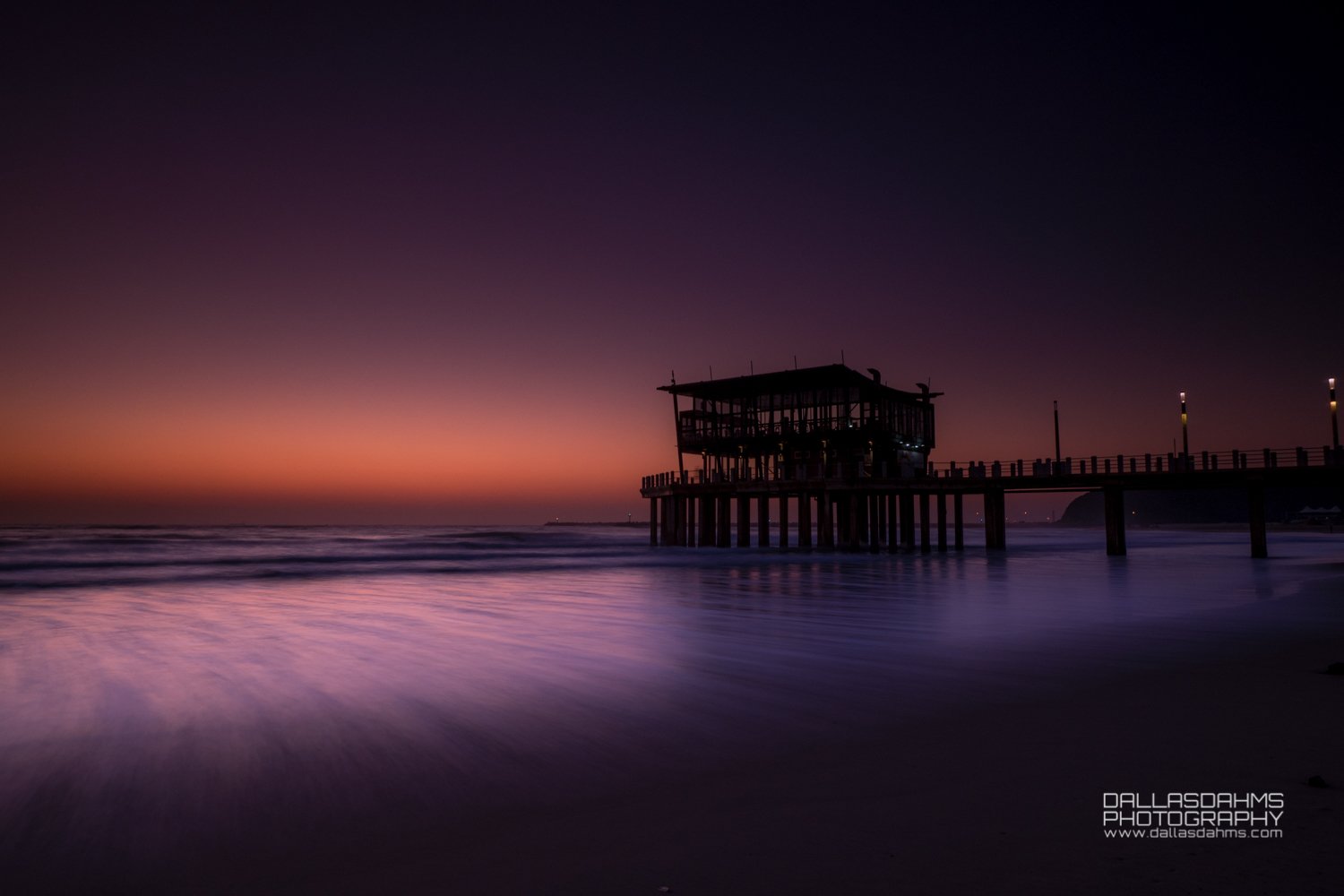 It’s definitely my favourite shot of 2017.

So what about the old Olympus 11-22mm you might ask? Well, it’s definitely a very nice lens, but on this occasion without any filters for it, it didn’t produce anything nearly as pretty as the shot I am featuring in this article. Also, by the time I had finished showing off to Don (who had left the filters for his Nikon 7-14mm back home) the light was too bright to get anything worth showing.