Lean On Automation, Rely On Manual 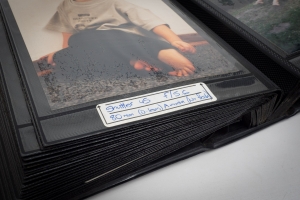 Humans are always leaning on automation to make their lives easier. Car transmissions, garage doors, automatically tuned television shows, monthly bank payments. The list is endless. So it is not a surprise at all that cameras eventually also began adding automation in the electronic age.

Automation in cameras started off with metering light through the lens (TTL) which then evolved into automation of various related exposure functions, such as deciding what shutter speed would be appropriate for a given aperture and vice versa. Thus were born the modes we still find on cameras today, Aperture Priority and Shutter Priority, which take half the legwork out of the way things had to be done in the manual only days when it came to deciding on an exposure for your shot.

Things evolved even further when manufacturers began adding automated flash exposure into the mix, resulting in some of the most sophisticated automatic flash exposure systems around today. Just this year Canon introduced a speedlight that automatically tilts its head to the correct angle to provide optimum bounce when photographing portraits in a room with an appropriate ceiling or other wall to bounce off. It literally takes the guesswork out of the equation, allowing the photographer to focus purely on composing and directing the subject matter. Speaking of focusing, as we know that too was automated in the 80’s and today’s cameras boast some incredible autofocusing technology, capable of achieving accurate focus in a fraction of a second and then also being able to track a subject if it moves anywhere in the frame. At one point Canon had also implemented an eye controlled auto focusing method that selected the focus point based on which AF point it saw your eye looking at. It came out in a couple of models, including the EOS 30 and I think the EOS 5 too. For some reason they didn’t pursue this technology beyond those models. I found it worked quite well for me.

So these days learning photography as a process has become less about mastering manual concepts and more about understanding what each automation we have available does and how to apply it in any given situation. I will admit to leaning on technology to help me get better at what I am doing with the camera than ever before. It’s not a bad thing, provided you use it well and you don't skip the logic behind it.

When I bought my first SLR camera in 2000 I had no idea what any of these automation functions were doing. I put the camera into the Program mode, composed my shot, pressed the shutter button halfway, waited for the auto focus confirmation beep and then took the shot. As I progressed I carried a little notebook with me and wrote down the settings I had used for each photo, keeping in mind the things I had learned about exposure from books I got out of the local library (the internet wasn’t as awash with photography information in Y2K as it is today). When I got my prints back I put this prehistoric EXIF information onto stickers which I put in my little sleeve albums along with the matching images. My wife said I was ruining the viewing experience with gobbledegook. I was just trying to figure out what different things were doing.

Gradually I moved on from Program to Aperture Priority mode, which I still use today for 90% of the images I take. I find it amusing though that younger photographers picking up their first cameras with manual controls today will put them into M mode and fiddle about with both aperture and shutter speed when taking a photo because somebody has taught them that this is the way professionals do it, without fully explaining that as along as they understand the effect of either aperture or shutter on a resulting image, they only truly need to set one of them and allow the camera to automatically adjust the corresponding value. Monkey see, monkey do I guess. The only time I use M mode today is when I am using flash, and the only reason I use manual flash is because I don’t trust the Olympus TTL metering. When I was shooting with Nikon I only used iTTL because it worked so well and always did a good job of balancing the ambient light with the flash. I suppose that when I could no longer lean on that automation having to learn manual flash opened up a whole new world for me. This has really been a game changer. I am a lot more confident of the results I get at events now using manual flash than I am with the automation I used before. Scored point for relying on manual knowledge.

Auto-ISO is an area of automation that I never realised the power of until one of my guests on a safari back in 2012 pointed out to me that if you set your camera to manual mode, choose your aperture and a suitable shutter speed, the camera will float the ISO values according to what it thinks will give a correct exposure. This way you can decide on the reciprocal shutter speed for your focal length (say 1/250 for a 200mm lens) and choose the aperture that is best for that lens (maybe f/4 is sharper than f/2.8) and let the camera select the ISO based on those values. It was so logical that I switched to using it immediately and even today I have Auto-ISO on all the time together with A mode. The camera is smart enough to know to use the lowest possible ISO for the reciprocal shutter speed based on where the lens is zoomed to.

What has been your favourite photography automation and where do you prefer to go manual?