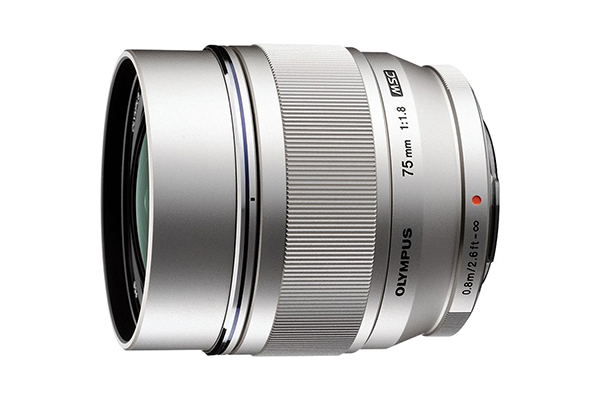 Over the years I’ve bought ridiculous numbers of lenses for many different camera systems, ranging from Nikon to Canon to Leica to Bronica and most recently the micro four thirds system. On all the systems there have been dogs, there have been stars and there have been run-of-the-mill lenses. I think I can probably count on the digits of one hand the number of lenses I have used that literally made me gasp when reviewing their drawing characteristics on LCD playback or in the computer.

When Olympus first unleashed this lens there were gasps heard all around the online photography world. Some were saying it was the sharpest lens they had ever used and had bokeh on a par with the likes of the Nikon 200/2. Now that particular Nikkor is almost mythical when it comes to optical performance, so claims like this definitely got me excited. Especially since the lens they were waxing lyrical about is only a little longer than the standard 50/1.4 offered by most manufacturers of 35mm equipment and weighs a mere 305g. Of course 75mm on m43 offers the same field of view of a 150mm lens on the bigger format, which is pretty close to 200mm, a focal length I use a lot on my 70-200/2.8. I had to have one.

This article is more an assessment of how the lens worked for me on a recent shoot than an in-depth review. I’m never going to offer any form of resolution charts or figures on articles like this - all I’m going to do is talk about how the lens fits in with my needs and expectations.

Ok, so right off the bat I need to explain how I came to acquire the 75mm and how I used it on a paid assignment. Those of you who follow my posts over on Nikongear.com may have read about my purchase of a Nikon D7100 last month to use as a second body to help me cover a 3 day hotel conference here in my hometown. The intention was for me to use the D7100 with telephoto lenses such as the Sigma 70-200/2.8 and then also with the Sigma 120-300/2.8 OS later this year on the Namibia wildlife safari we’re doing. I would use my D700 with 24-70/2.8 for all the other shots.

When I got the D7100 home I immediately set about seeing how it played with those two Sigma tele zooms. Well, let’s be frank about this. Either I have totally lost my ability to hold a camera steady (even on a tripod), or there was something wrong with this camera. I tried every Nikon F mount lens I own (a fair number of them) and I couldn’t get it to produce a sharp image at all. I tried calibrating, I tried faster shutter speeds, I tried manual focus, I tried everything I have learned about photography since Y2K. No dice. It wasn’t working for me, so I took it back to the store and they were going to get me a replacement to try out. The problem was I was running out of time and had to get myself ready for this conference within a few days. They didn’t get the replacement in time so I had no option but to ask them for a refund. I then used that money to purchase the Olympus 75/1.8 with its hood, as well as the HLD-6 grip for my OM-D, together with a 2nd battery.

I will admit, I was a bit apprehensive going into this conference without a dedicated body for my 70-200/2.8. I would be using my D700 together with the 24-70/2.8 for the normal shots and then relying on the OM-D and the 75/1.8 for shots of speakers at the lectern as well as unassuming delegates in the audience. The apprehension soon evaporated when I got a look at the first shots taken at home with the lens set to f/1.8 and the OM-D set to ISO 3200. Good grief. Was I seeing this right? Could it be that sharp? Really??

After a couple of days of checking and re-checking wide performance in dimly lit rooms at home I felt confident that I would have no problems using the 75/1.8 on the OM-D for speaker shots, as well as whatever else might catch my eye from a distance. I felt comfortable that shooting the OM-D at 3200 would also be OK because even though it does exhibit a fair amount of noise, it’s very manageable within Lightroom’s own RAW noise controls. Having shot many conferences at this particular hotel in the past I knew what the lighting would be like too, which also eased my worried mind.

Here are some shots of the delegates in a pretty dim auditorium:

On the first night of the event there was a "Mad Hatters" cocktail party at another hotel a few kilometres away from the conference venue. This is where the 75/1.8 really shone! Autofocus acquisition in the even dimmer lit bar was outstanding. I had to pump up ISO to 6400, but I was getting very usable shots that I could run through a noise reduction setting in Lightroom.

Here’s my assessment of a few key features that photographers will be looking for in a lens review.

Oh yeah. This baby is sharp and most importantly, it’s sharp where it matters most - at the widest aperture. There’s literally no point in having a fast lens that isn’t sharp at its widest aperture. Yes, all lenses will get a bit sharper as you stop them down to a point, but the whole purpose of having a fast aperture is so that you can let more light into the camera, keep your subject sharp and smooth away the background. This lens does exactly that. At f/1.8 I’m getting stuff that is sharper than any other lens I have ever owned with an equivalently fast aperture.

It’s as smooth as I need it to be. I’m very happy with the way it renders out of focus highlights. Smaller sensors like those found in the m43 system will normally not provide you with the subject/background separation that you get from bigger sensors, such as those found on DSLR’s. The Olympus 75/1.8 does a very good job of this though, as can be seen in all these images.

The lens is just awesomely built. The only plastic found on this lens appears to be the lens caps and the bit that secures the front element into the barrel (you know, the place with the lens nomenclature etched in white lettering). Everything else is made from high grade metals. Not even the focus ring has rubber - it’s grooves are milled!

The focus ring is the smoothest you are ever likely to find on any lens. It’s still a focus-by-wire lens, meaning that the focusing ring doesn’t physically engage any of the elements, it merely issues a electronic command to the lens to move the glass inside. Personally this is never something I would see myself using.

Up until just a few weeks ago it was only available in the silver colour, but I believe that it is now possible to get a black version for the same money. I like the silver on my silver OM-D.

On my E-M5 there’s a split second’s hesitation before autofocus engages, which after I did some testing, has more to do with the IBIS system starting up than it has anything to do with the lens. After that initialization of the IBIS the acquisition of focus on any object with sufficient detectable contrast, both near and far, is pretty much instantaneous. It’s darn near completely silent too. It was only when I had the IBIS turned off for testing that I actually heard any noise coming from the lens itself.

Every lens review that you read online about this or any other Olympus lens for m43 will have the same gripes: why don’t Olympus include the lens hood when they sell us the lens? Why are the lens hoods so expensive? I’m going to break the mold a little on this issue and view the glass as half-full instead of half-empty. I bought this lens and made sure that I got the lens hood for it as well (as you can see from the product shot I took of mine right at the beginning). I had to pay quite a bit more for it, but so what? If you look at the price of the lens with its hood, you’re still well below the cost of an equivalent 35mm system lens at this quality level. Well below!

I am of the opinion that the Olympus range of primes for m43 are at the same premium brand level of Leica equivalents. That seems to be the approach Olympus are taking with their range these days, and rightly so, in my opinion. It’s a class above the competition. Have you tried pricing hoods for the Elmars and Elmarits? Summilux anyone?

The hood that Olympus uses on the 75/1.8 is made in China, but like the lens it is milled from high quality steel and secures to the barrel with a knurled tensioning knob, very much like those found on super telephoto lenses for 35mm systems. It’s not a bayonet fitting. I always want a hood on my lenses because I never use UV or 1A filters on the front of them. The hood acts as a degree of protection, should I ever get sloppy enough to put the front element of the lens at risk of damage. Paying a bit more for the hood for this lens didn’t bother me in the slightest. I reckon if Olympus are giving us an option of getting the lens for less than it would have cost with the hood, then that’s a plus, not a negative.

It’s by far the most expensive lens I have purchased thus far for the m43 system, but it is also by far the best lens I have ever used on that system too. It does everything I need it to and it solved a very important problem for me when it comes to working at a distance in dim light with the small, very lightweight OM-D system. The sharpness and subject isolation is just about perfect for the kind of work I do.

I believe that if the next generation of OM-D improves the high ISO performance of their sensor, as well as the AF tracking to match that of the top end 35mm systems, there will be a flood of sensible indoor photographers looking to this lens to replace a lot of the 70-200/2.8 lenses usually seen at indoor events. I certainly didn’t find myself caught short at the conference I used it on earlier this month.

If you’re a m43 shooter, don’t dilly dally, just get it. If you've already got one, don't forget to rate it in our official member's ratings thread here.