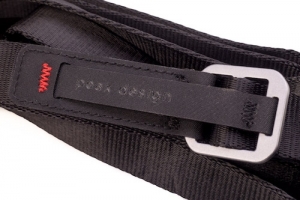 If I am working with my cameras and I don’t have my strap attached I invariably get asked by curious onlookers what those weird little red and black pill things are sticking off my camera. If I’m feeling playful I tell them that they are mood sensors and if they put it in their mouth for a second I will be able to read their mood through the camera. Or something equally ridiculous. Usually though I will tell them the truth. They’re Peak Design anchors for my camera straps, which allow me to remove the straps as easily as a Burlesque dancer removes hers.

I’ve never been a fan of the ubiquitous camera strap that gets supplied with every new camera. With all the branding that is usually emblazoned on them they look unrefined and just plain yuck. They’re also awkward and uncomfortable and they never fit properly into your camera bag. I suppose they are essential though, because not everyone who buys a camera gets a firm grip on it. In more than one sense.

So when I discovered the Peak Design range of grips and straps I was instantly sold on the simplicity of the design and how they can be stowed in other parts of your bag instead of having them stay on the camera. You can literally remove the strap with one hand in an instant, and unlike the ghastly things the cameras manufacturer’s supply which have to be threaded into eyelets using a buckle and a thinner strap, the Peak Design Anchors loop around the eyelet and then clip into the anchor links on the strap itself, providing a firm means of support. I can almost hear the collective “Duh! Why didn’t we think of that?” coming from camera factories in Japan.

Originally I was using the PD Slide and Leash products, which I reviewed a few years back here on FZ. The Leash was the one I took to most, simply because it worked better for me with the smaller Olympus E-M1 cameras I use. I ended up selling the Slide and using the money to buy a second Leash. When I am working events I have them criss-crossed over my torso like Rambo wears ammunition belts. Sometimes I wear them both on the same side but I slacken one of them so that it is pretty long and the other one I shorten so that the cameras don’t touch each other. The reason for this is because sometimes at events I also have to carry my bag around with me and there’s nothing more annoying than having your camera straps get entangled with the bag. It’s a quick recipe for public embarrassment. I speak from experience.

Anyway, a few months back when I was still active on the now useless Facebook, I came across a post by somebody saying that Peak Design were replacing all their old anchors with a new, tougher version and if you still were using the old ones they would send you a set of replacements for free. It just so happened that I have several sets of the old ones. They were all fine, but PD didn’t want to risk anybody having a failure so they sent me some more. They also sent me an update of the Peak Design Leash, which as you have already read, is my preferred camera strap. 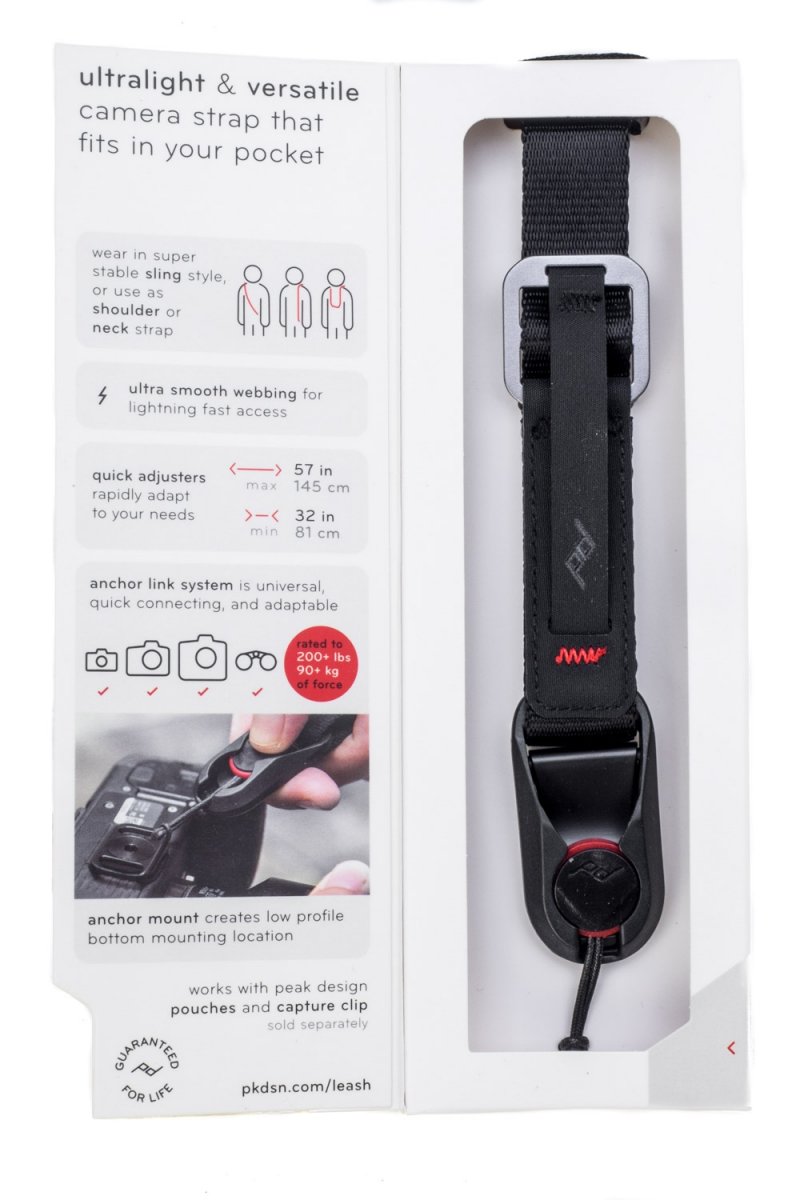 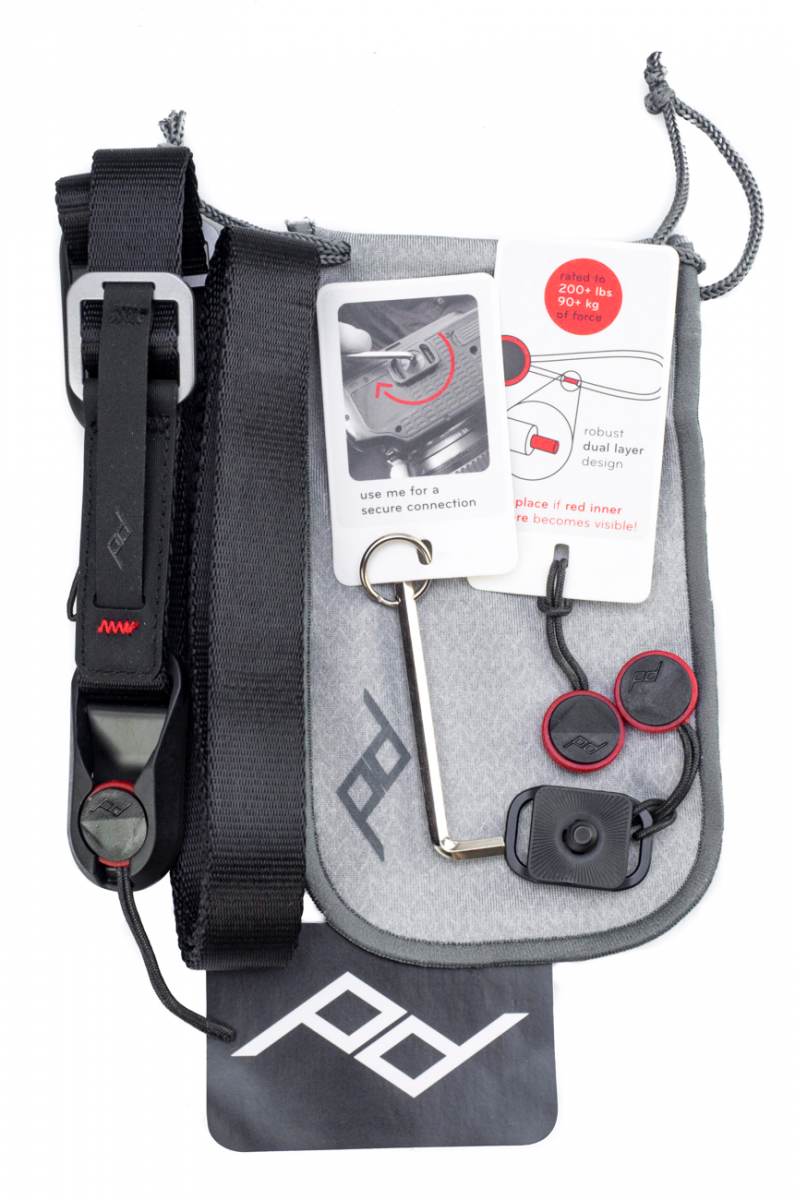 The box and what's inside it.

So what’s changed between this new one and the old one?

Well, it’s a lot better, in my opinion. It’s now possible to shorten it at both ends and not only one. Also, the buckles are made from metal and not plastic, which adds to the overall more refined look. Oh yes, they also sewed in some loops that make adjusting the length of the leash just a little easier with a single finger too. I have also noticed that the nylon material they are using for this latest incarnation is a little less supple, which means that it’s less likely to fold over on itself when you are adjusting the length. This has happened to me with the older one. They are also now including a small plate that you can affix to your camera's tripod thread to make using the bandolier style a little easier. 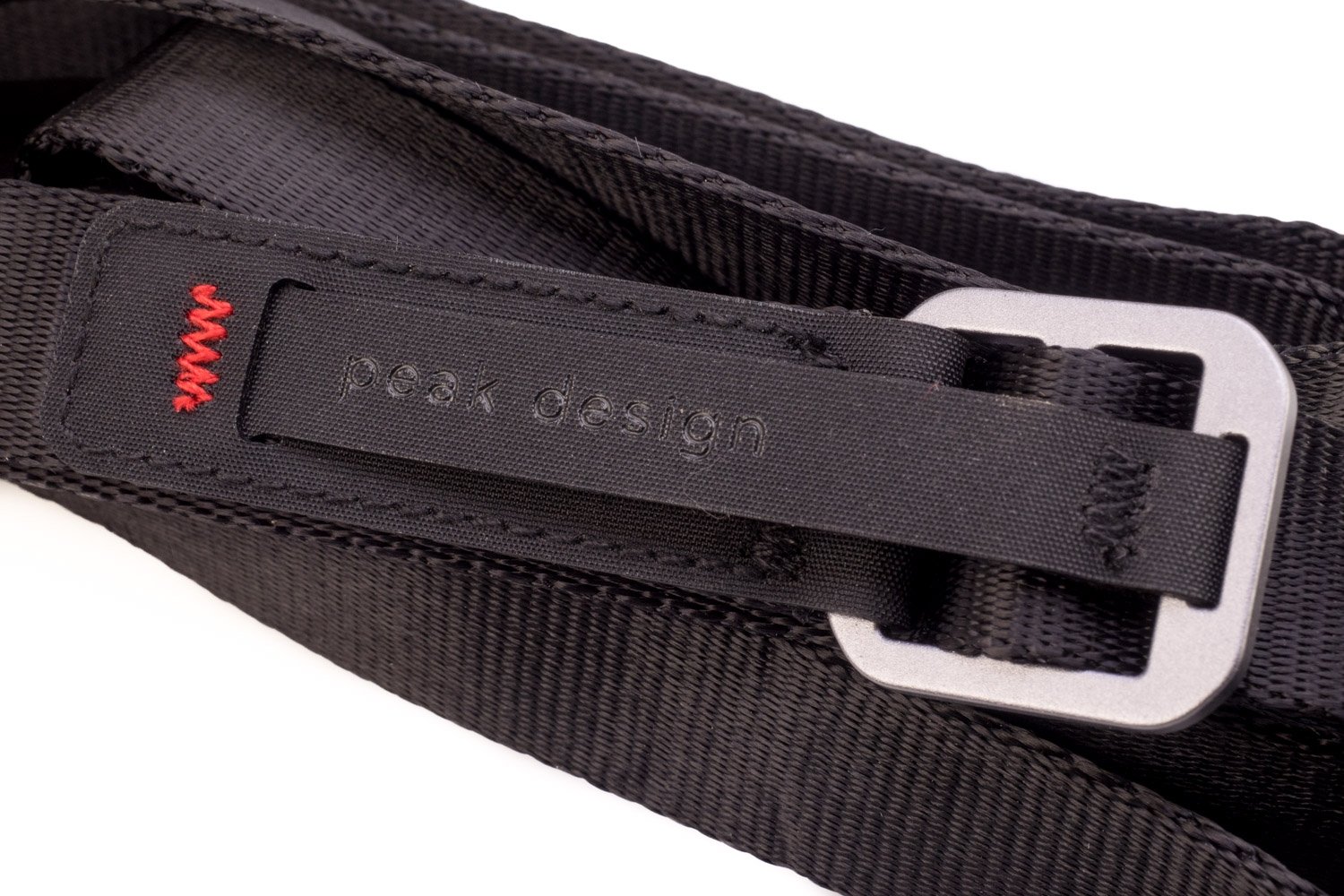 A view of the finger loop and metal buckle 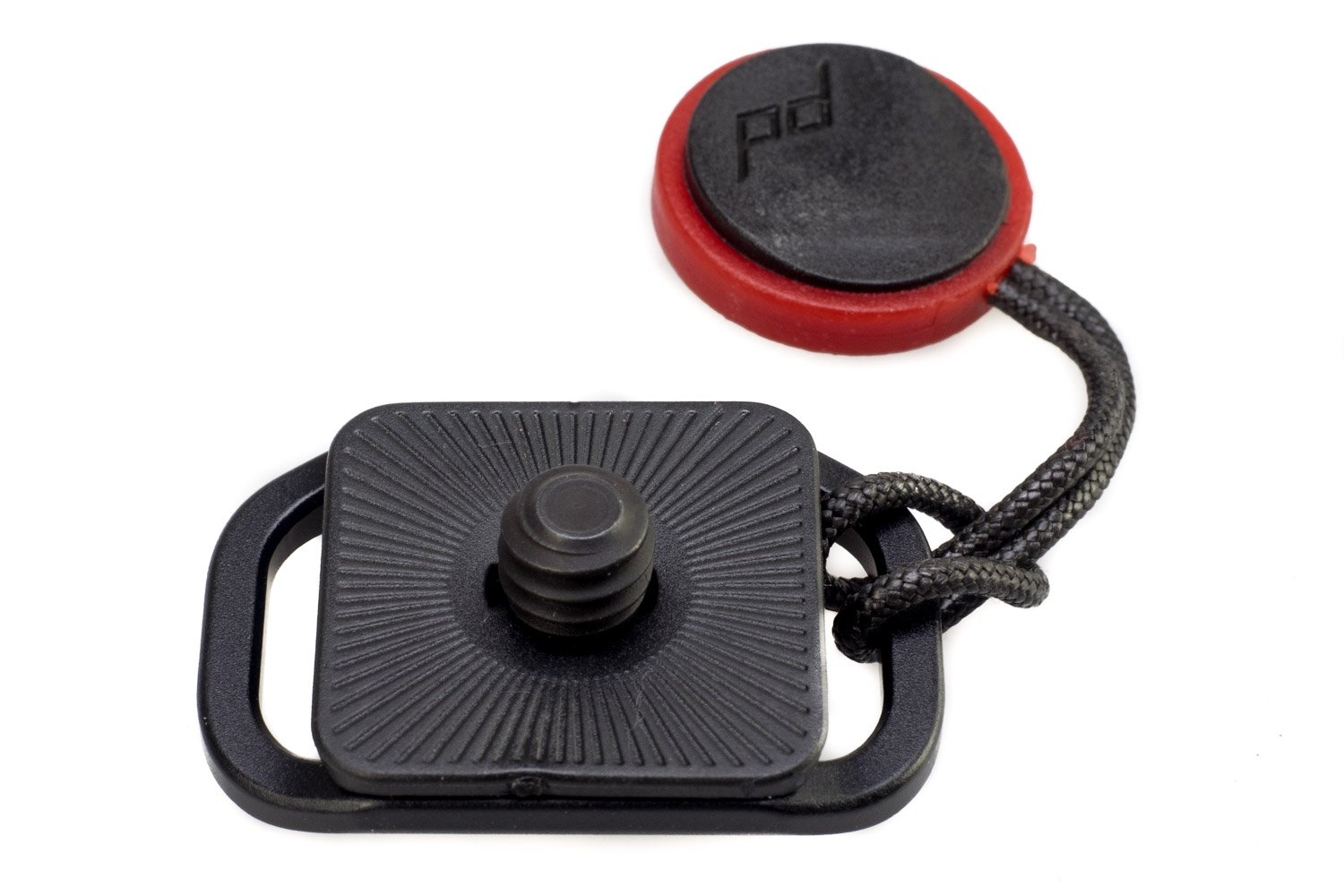 The tripod mount plate with loops for anchors 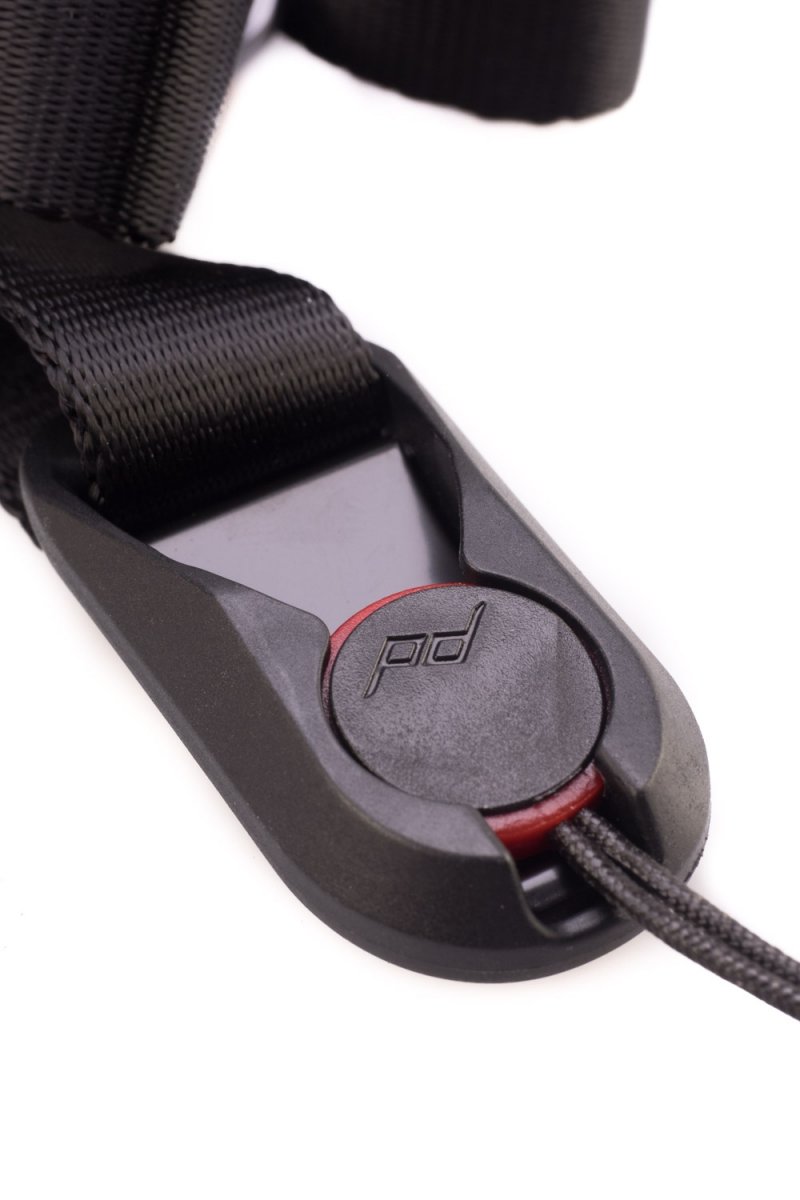 You can wear the leash in a variety of different ways, including as a traditional neck strap (bleh!), a bandolier strap (like me and Rambo), or as a tether should you go rock climbing with it.

It’s still my favourite strap and if you’re looking for something easy to remove and re-attach, plus give you a bit of versatility in how you use it, the Leash is definitely something you should consider. You can buy it online from Peak Design or your favourite retailers.

Fotozones is not affiliated to Peak Design. Manufacturers sometimes send us things and if we like them we review them. If your company would like us to review something, please get in touch.