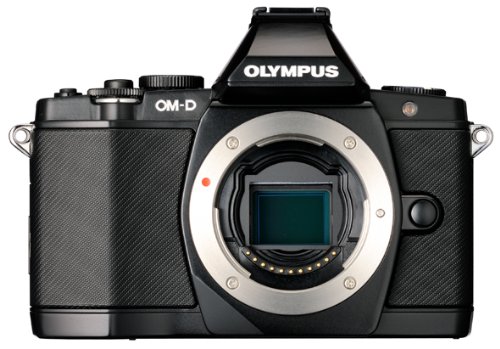 There’s never been a better time to get into mirrorless than right now with the amazing special prices Olympus have on offer for various items in their micro four thirds range.

When it came out three years ago the OM-D E-M5 caused quite a stir in the photography world. For the first time there was a micro four thirds camera that could hold its own against many of the DSLR’s of the day. In fact it won camera of the year at a couple of big name photography sites, beating out some very solid competition from all the other names in the game.

The E-M5 could also go way beyond what you could do with a DSLR and I won’t linger on too much about the advantages this little camera offers because I have already written many articles on this theme here on Fotozones - just look them up. Suffice to say that if you’re looking for something small and unobtrusive with great image quality, you can’t really do a lot better than the current special deals on the E-M5 being offered around the web for $599. If those deals were available here I’d certainly consider getting another one.

$599 is about half of the amount I paid for mine in 2012 sans lens. Hard to believe that we’re on the short march to 2015 already, but man, that little camera has served me incredibly well in the two and a half (or more) years I have owned it. I have used it to produce documentary work, landscape work, product work in studio, stage work and more. It has been more of a workhorse for me than the Nikon D700’s that formed the basis of my career up until the point the OM-D system came into my life. It has proven itself to be a very capable camera system for me. I couldn’t be happier.

If you’re thinking about getting the E-M5, you should also look into some of the lenses that Olympus also have on special at the moment when purchased with the body. These include $200 off the amazing 12-40/2.8 PRO or 12-50 EZ general purpose zooms, as well as $200 off the 9-18mm wide angle and the utterly fabulous 75/1.8 ED. Serious bargains!

Here’s a full list of the various options together with the amount you’ll save when you buy them with the E-M5 at $599:

And if you would really like to show your appreciation for the Fotozones community you can help our Christmas stocking by using this link to get to Amazon and make your purchase there. It won’t cost you anything more, but will send a little Christmas love our way, courtesy of the Amazon affiliate program.