Regular readers will know that I have been using the new Olympus 40-150mm f/2.8 PRO on various assignments (on loan periodically) since it came out. It’s a wonderful lens so I thought I would take it with me on our recent safari adventures to the Chobe National Park for the Wild Waterways Safari and Sabi Sabi for the Ultimate Big 5 Safari.

Last year I used my Olympus 50-200mm f/2.8-3.5 on both those trips and it was a really good lens for me in many situations. It’s bright, fairly compact and while it looks really ugly with its protruding front, it certainly delivers the goods on the image front, which is where it counts. When you compare it to the 40-150mm f/2.8 PRO it most definitely doesn’t quite look as svelte but it’s still a very good lens.

Because my Olympus kit is all so lightweight I considered taking both the 50-200mm and 40-150mm (with the 1.4x TC) with me on safari, but it would have meant leaving behind a few other smaller lenses which I like to use for general purpose shots, mainly because I wouldn’t have had space in my ThinkTank Retrospective 50. Just on that bag choice, I was planning on using the new MindShiftGear Firstlight 30L backpack, but it’s just a tad too big to look inconspicuous as carry-on luggage, so I went for the Retro 50 (which I have just realised I still have to review officially!) because it swallows up just about all my gear and my laptop and I find that messenger bags are so much more practical than backpacks for use in vehicles and boats. Anyway, I digress…

The 40-150mm with the 1.4x TC gives it a slightly longer focal length (210mm) than the 50-200mm. In the 135 (35mm) system you’d need to use 100-400mm lens to obtain a similar viewing angle. The older Olympus lens has the advantage of being faster in terms of aperture when its zoomed in to the max (f/3.5 vs f/4), plus if you zoom out again you get f/2.8 at 50mm whereas if you’re using the 1.4x TC on the 40-150mm you’re at f/4 constantly, regardless of zoom position. The other big difference between the two lenses is that the new lens uses all the AF-points available on the E-M1 and makes use of both the CDAF and PDAF systems too. Plus you get the full 10 frames a second burst when needed. The older lens only uses PDAF with limited points and you are limited to 6 FPS.

So in the end the 50-200mm stayed behind and the new kid on the block came with me.

Prior to this trip I had used the 40-150mm in a number of situations where it excelled, specifically at my niece’s wedding in April and then at a rock concert my son was involved in a short while after. So I kind of knew what to expect. However, I hadn’t ever used the lens properly on safari and I hadn’t used it with the 1.4x TC either, so I was going in blind, so to speak.

My first outing with the combo was on the Chobe river where shortly after setting off in the photography boat we came across a leopard sighting. Now this is extremely rare! Sure, we get leopards aplenty on the Ultimate Big 5 safari, but the Wild Waterways trip is more about birds, elephants and other bigger mammals who hang out near the water. We weren’t expecting to see a leopard. 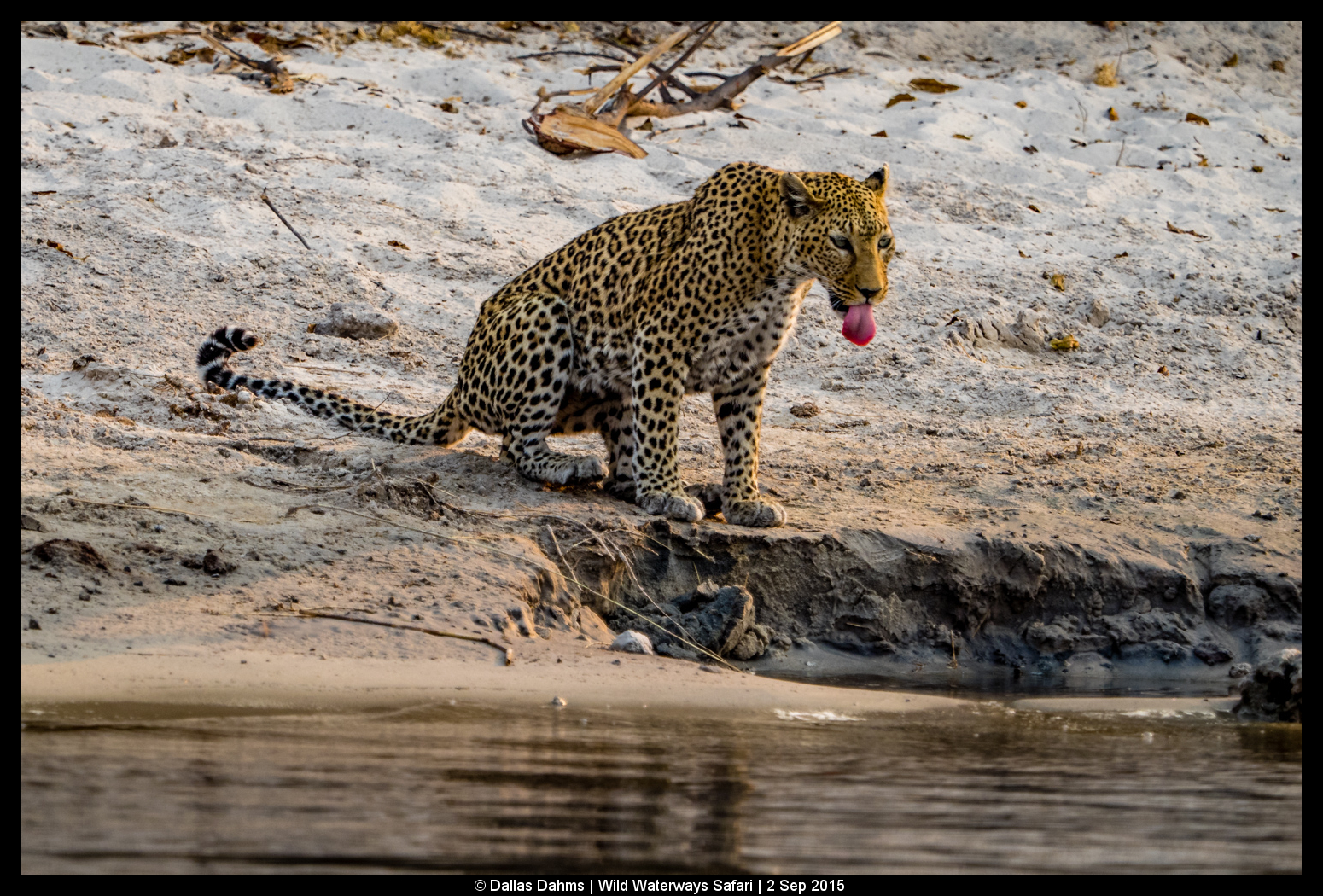 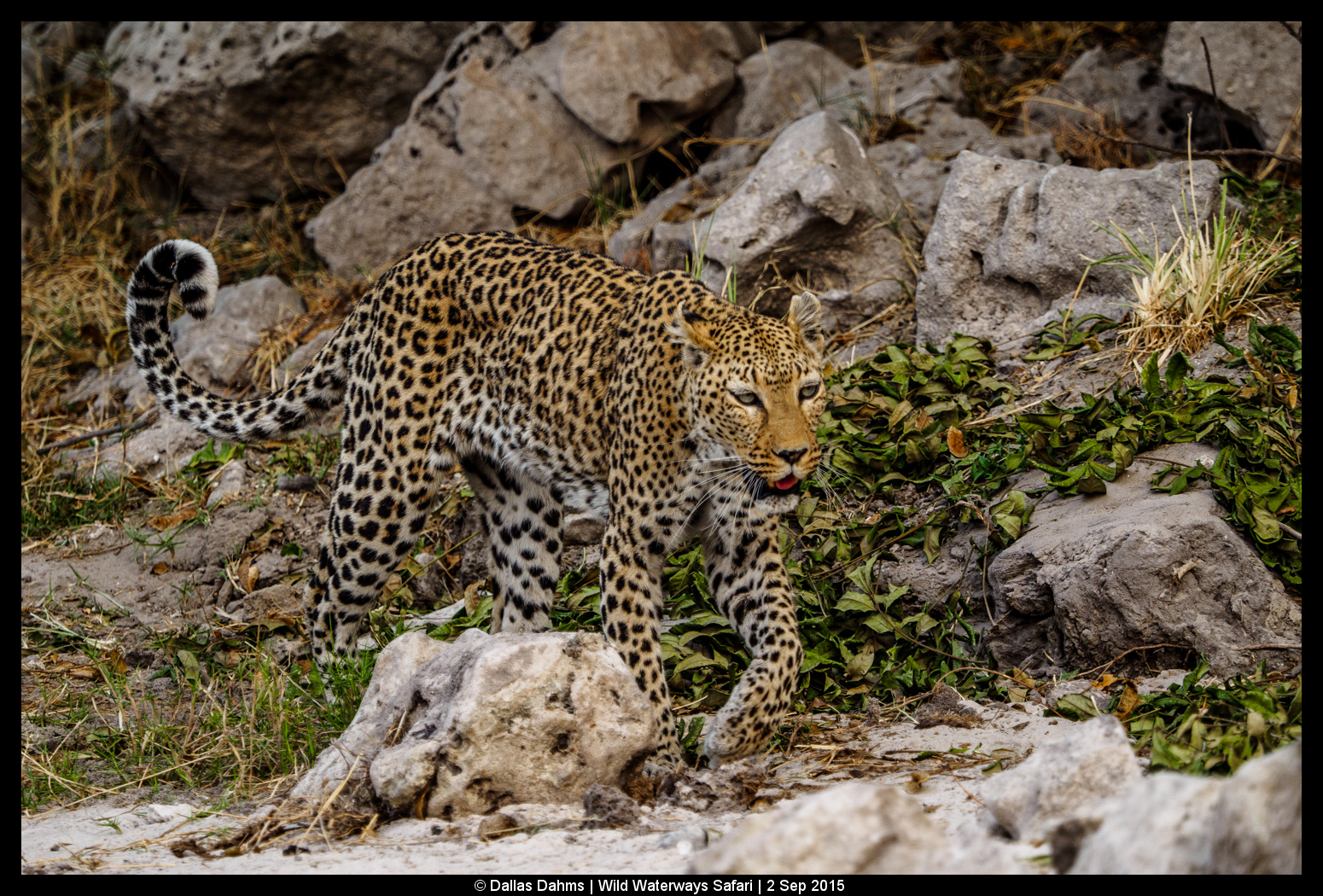 I made a couple of mistakes with this sighting that resulted in poor images. Firstly, I should have used the Gimbal attached to my swivel seat, because even though the 40-150mm is lightweight and the focal length isn’t that long, hand-holding on a boat that is bobbing up and down in the excitement with lots of water movement being created by other boats full of excited people can totally confuse the IBIS. Not only is it trying to compensate for my movement, it has the boats movement to deal with too and the resulting stabilisation is erratic at best.

Secondly, I should have used faster shutter speeds. I almost always shoot in Aperture Priority mode, allowing the Auto ISO to float between 200 and 6400 on the E-M1. This is fine in most instances, but on a moving boat, shooting handheld, I really should have opted to pick a faster shutter speed than the focal length reciprocal the E-M1 is always going to aim for. The actual focal length of this combo is 210mm, so the camera in A mode is always going to settle on speeds around the 1/200 or 1/250 mark when light levels require it to begin upping the ISO. That speed should be much faster, because the angle of view is similar to what a 135 system sees at double the focal length. So it should have been at least 1/500 or faster.

The net result is that I took close to 500 frames of blurry leopard images. Yes, I did get some acceptable images when he was not moving much, but all things considered, I found myself too excited to even think about things like this. I should know better since this isn’t the first time I have been on safari, nor was it the first time I had seen a leopard. Anyway… lesson learned. Next time I go on safari I will be sure to use S mode and I won’t let my speed be any less than 1/1000.

However, having said that, I did find that the degradation of image quality from the 1.4x TC was pretty significant and after that first boat ride I took it off and didn’t put it back on for the remainder of the safari, except to remind myself that I wasn’t missing out on anything. This did leave me pretty short on a lot of the sightings, but I did have my 75-300mm lens with me. Not exactly a match for the 40-150mm IQ wise, but in good light it was OK.

After a few more boat rides I began to settle down with the 40-150mm. I also adopted the rear AF activation method that most wildlife photographers use and while it took a bit of getting used to, I definitely believe that my hit rate increased as a result. 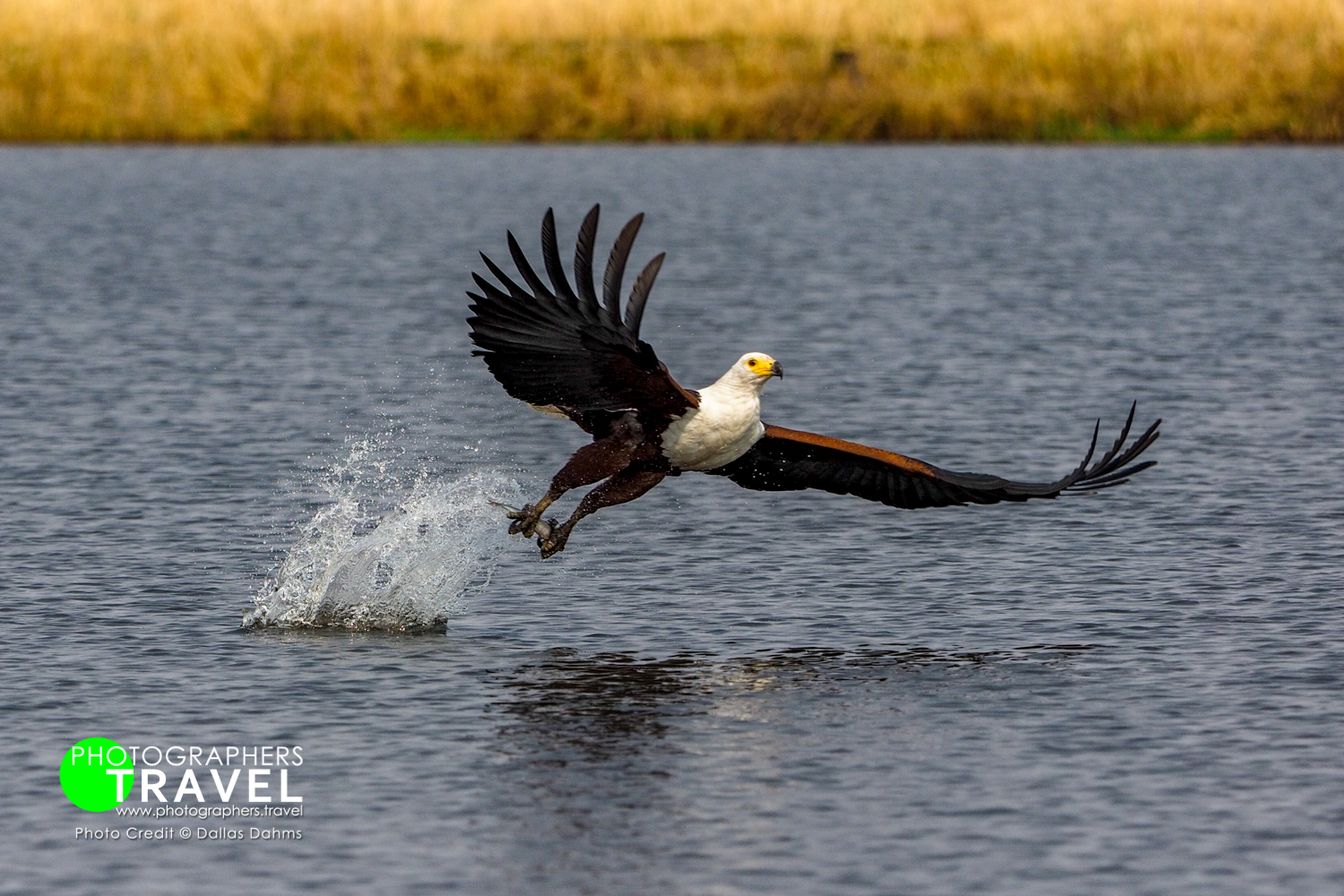 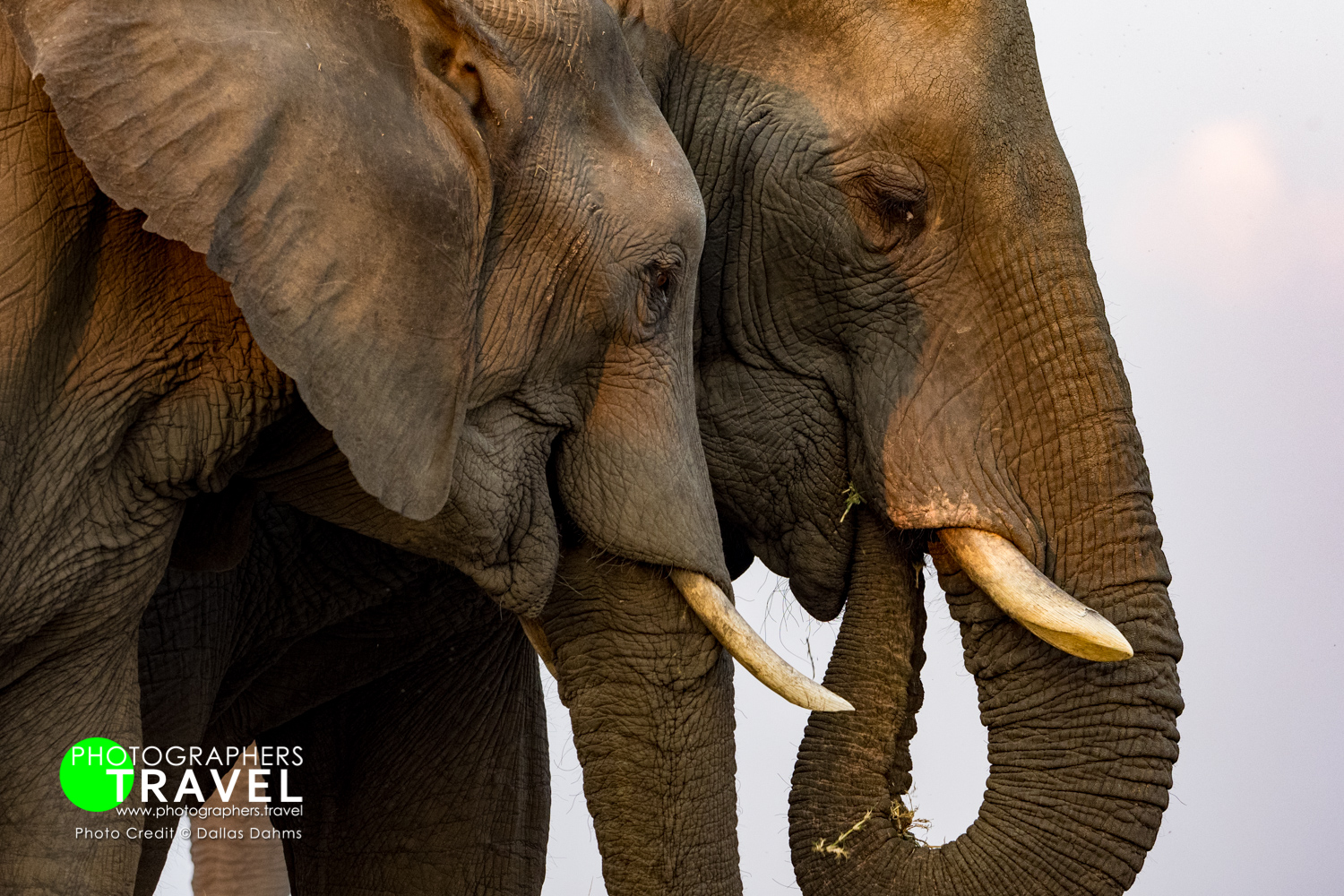 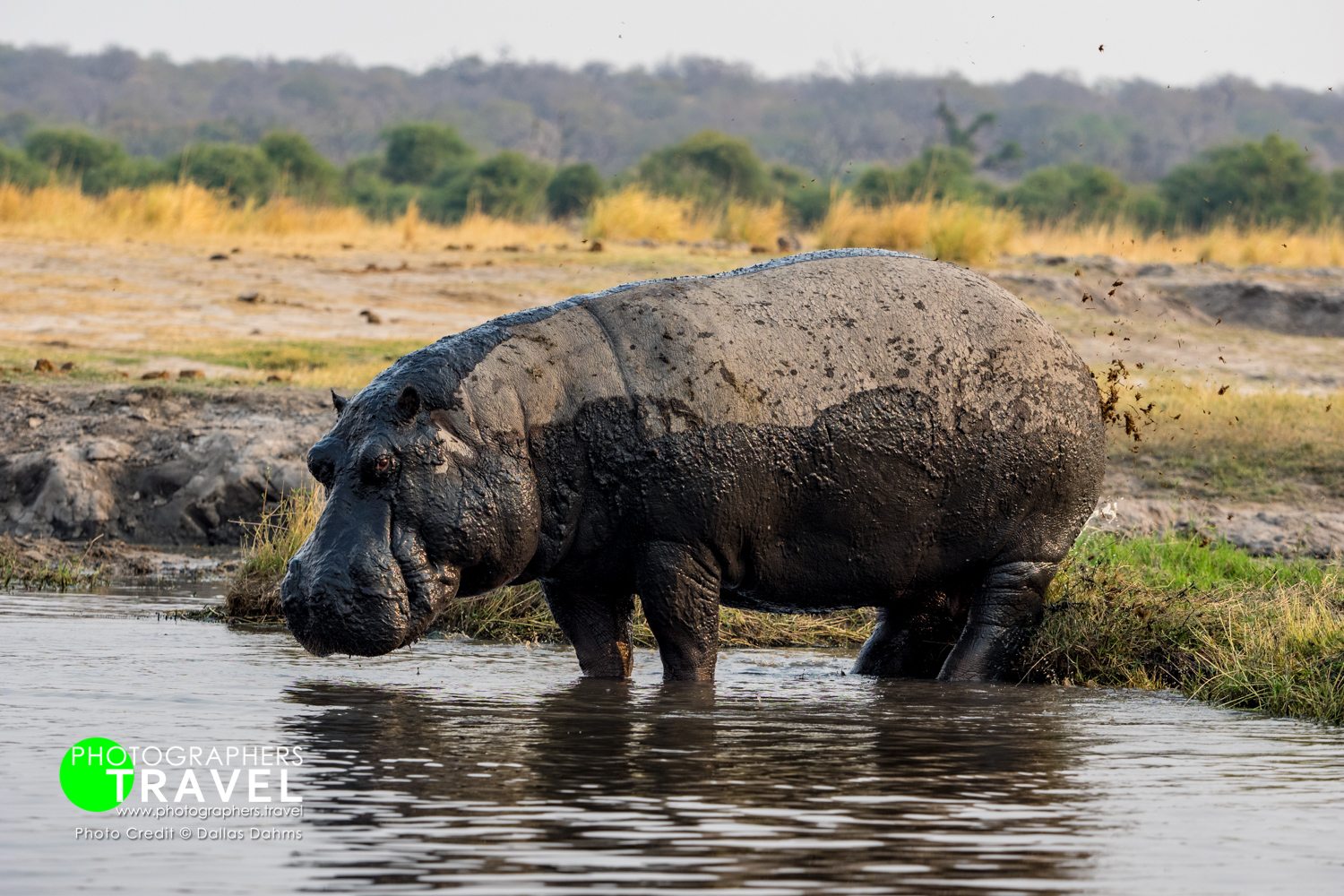 Before long it was off to Sabi Sabi for Ultimate Big 5, which has proven year after year to be the best wildlife safari experience for us. We didn't think we could top off last year’s trips as far as sightings went, but boy, oh boy, did we! 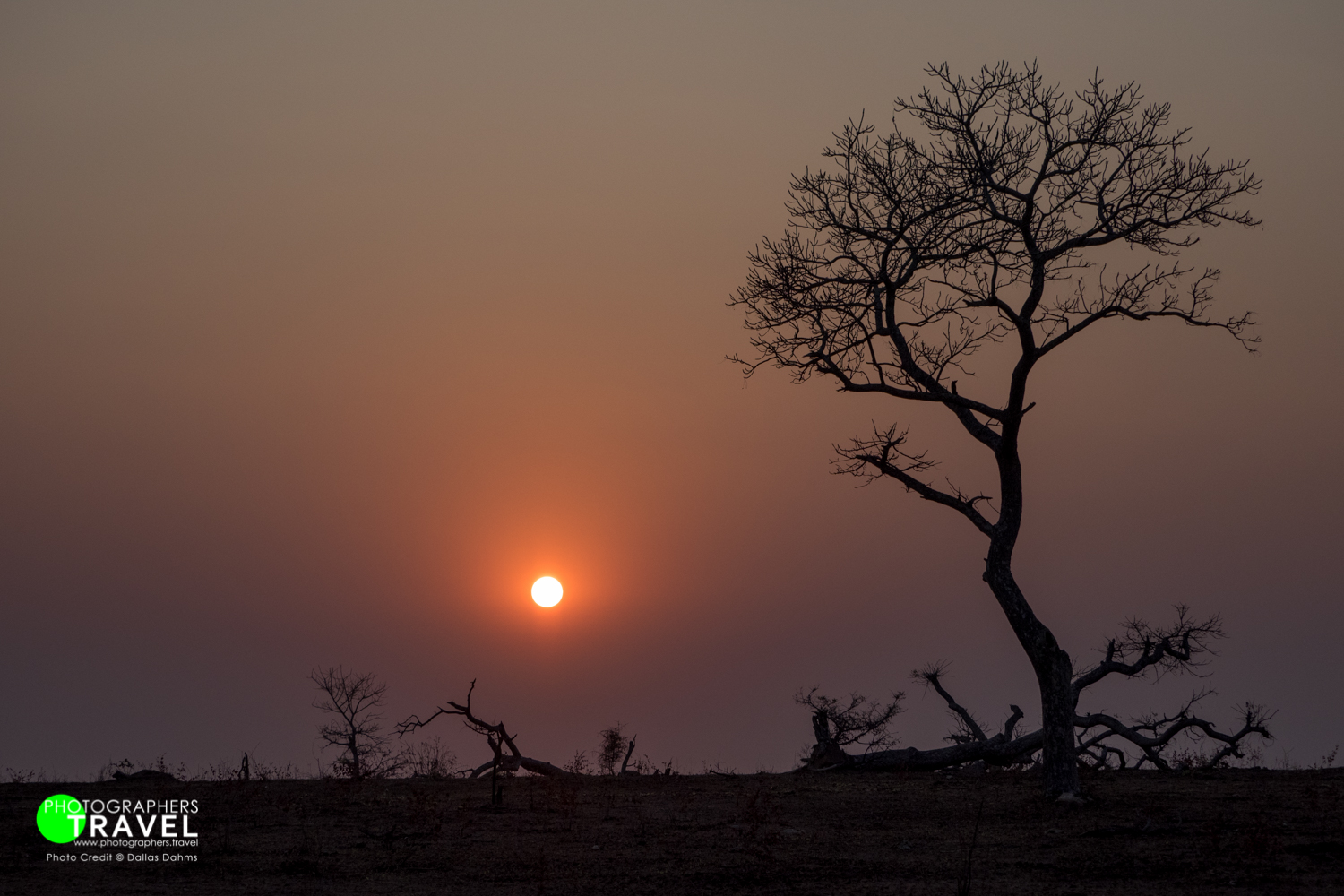 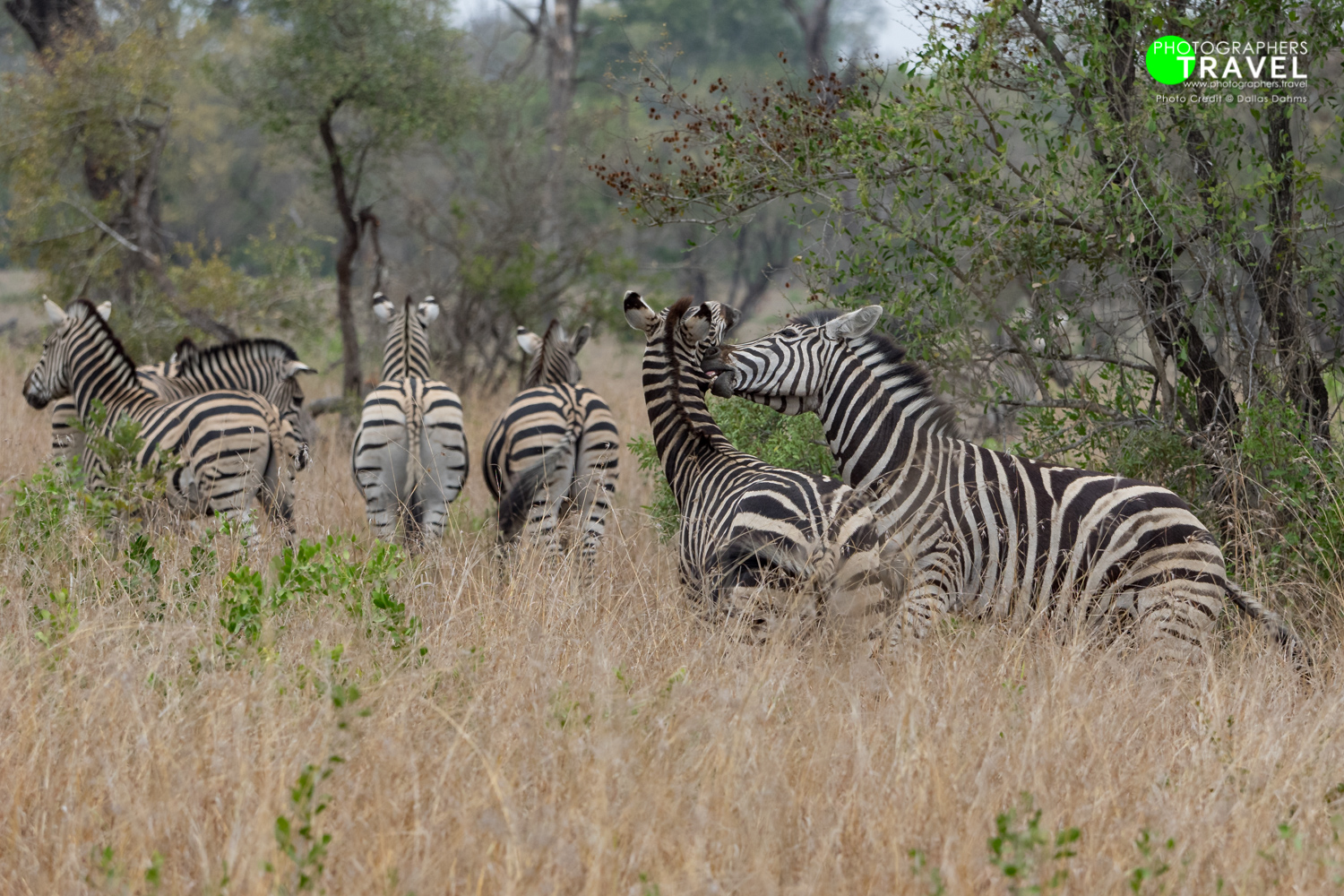 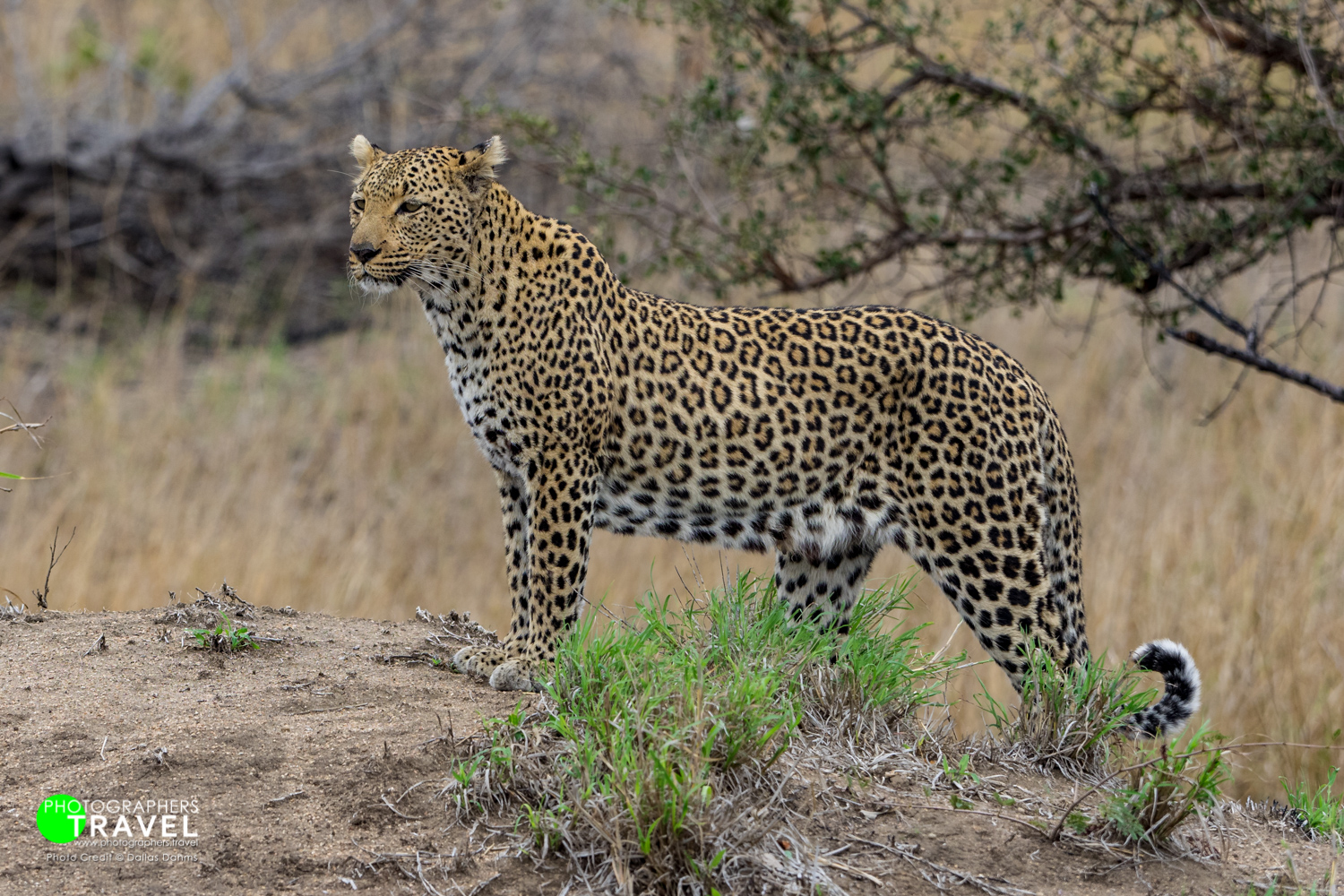 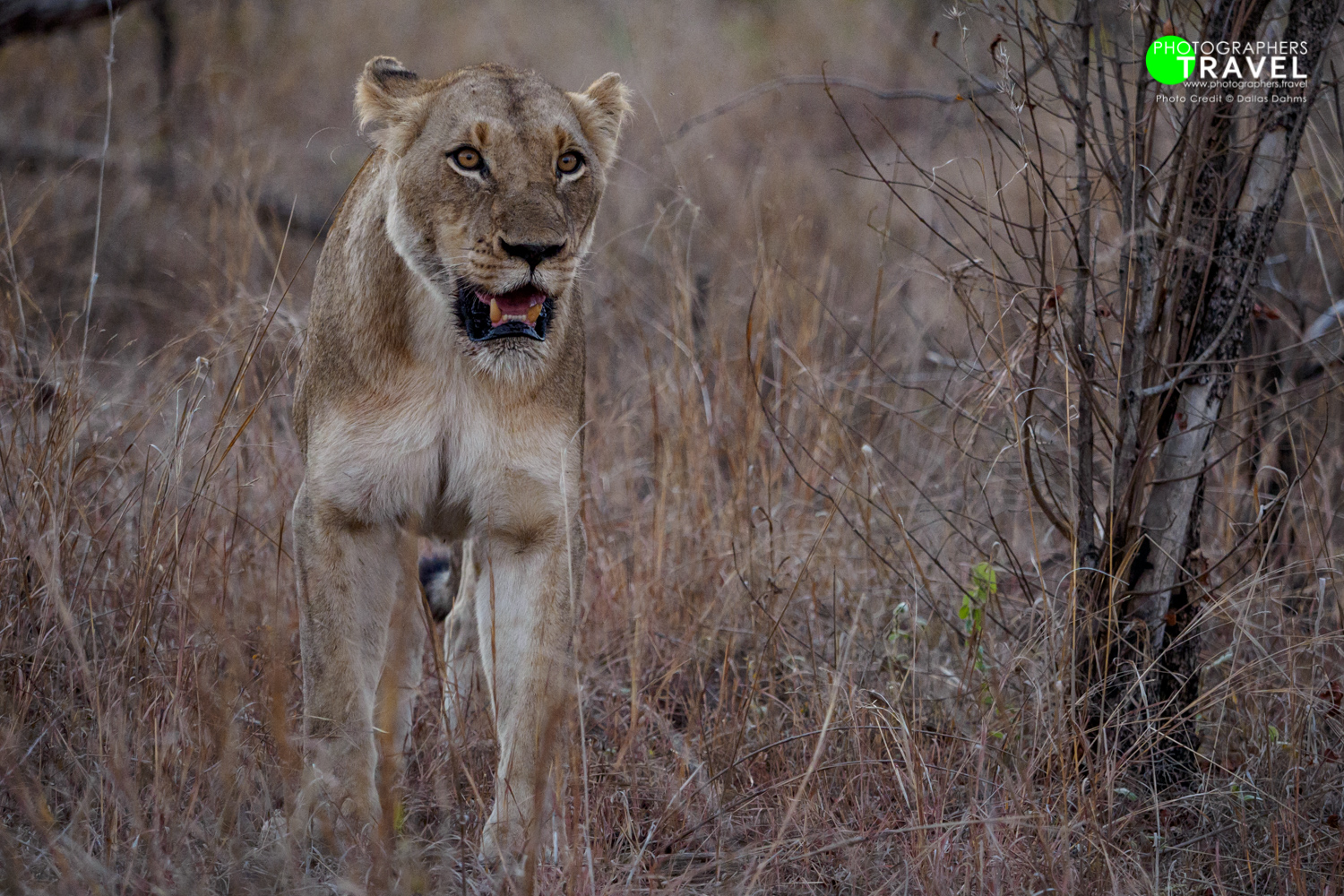 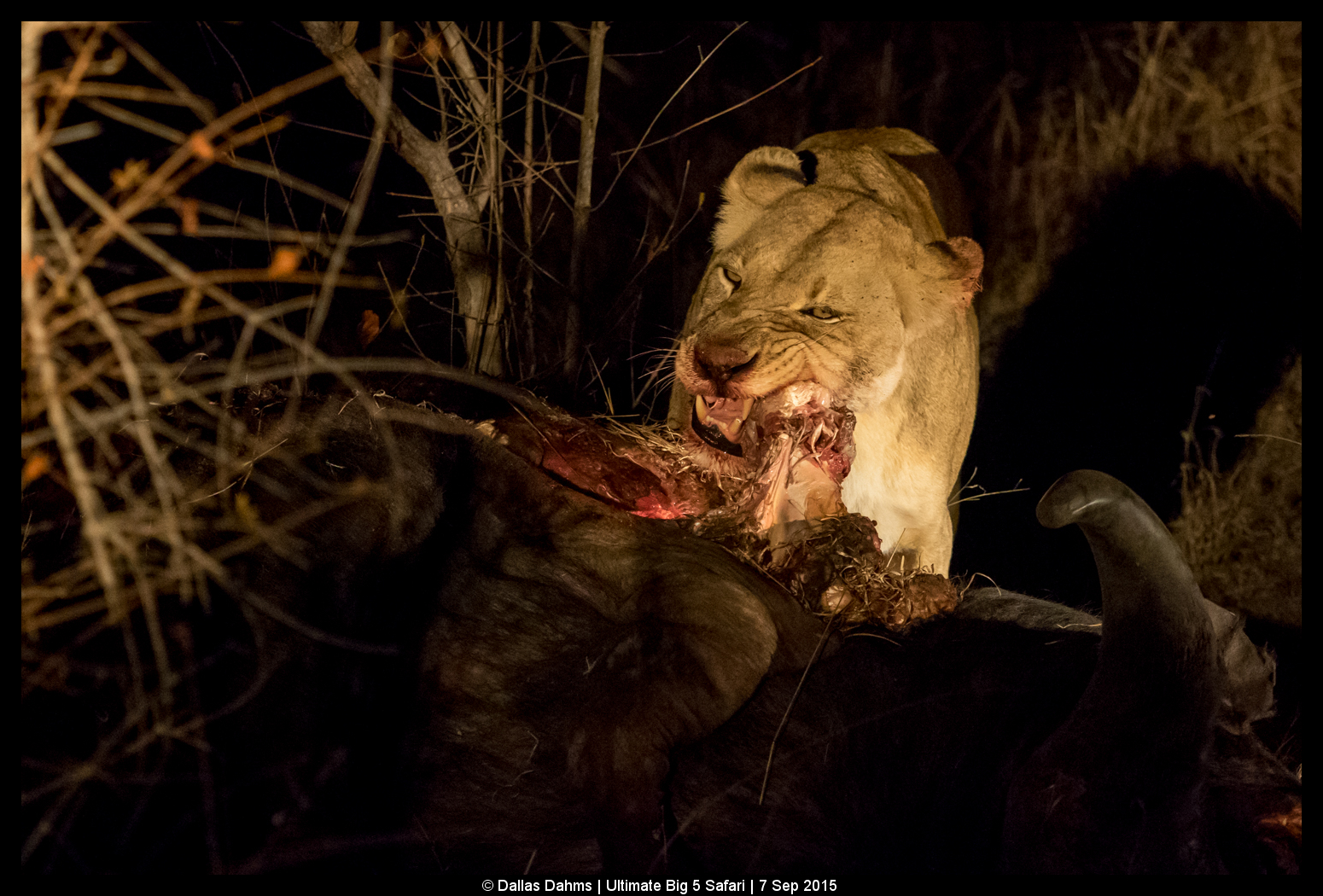 You can see more of my shots on our Photographers.travel Flickr page.

I got loads of great shots on these 2 safaris, but I do think that I got better images on last year’s trips when I was using the 50-200mm lens. Why? I have thought about this and come to the conclusion that the 40-150mm PRO, while it is an awesome lens, is only really suited for near field subjects, which makes it less than desirable as a wildlife lens. Anything more than 25m away seemes to have less “pop”. Don’t get me wrong, I am still salivating after this lens for general use, but on future safaris I would definitely choose the 50-200mm over it. I do think that the 300mm f/4 PRO will be the business for safaris though and I reckon that if Olympus were to make a 200mm f/2.8 PRO (or maybe even an f/2.0 version?) they would have my order in no time.