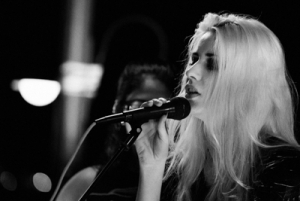 So today I unfortunately had to bid farewell to the beautiful Olympus 40-150/2.8 PRO along with the E-M5 Mk II which I had on loan from Olympus for my Wilderness Trail Blaze last month.

As far as lenses go, this 40-150/2.8 lens combined with the E-M1 and the 12-40/2.8 PRO will provide the discerning photographer with just about everything they could use to produce top level photography in almost every sphere of work there is. I think that if you can't get it right with this lens combo, you should be looking at another hobby or profession (assuming you take photos for a living).

The 40-150/2.8 is svelte, petite and designed to put up with a lot of abuse. We had it in the bush in pretty harsh conditions as far as dust goes. Everyone who used it there had it out in the open, banging around unbagged as we walked through thorn bushes, crossed rivers and sweated copiously onto it at times. The lens didn't miss a beat or even look beat up by the time I got it back home. A buff that I always use on safari wiped off the dust and it looked just as good as it did when it came out of the box.

Over the few weeks I had it, I used the lens to shoot wedding photos, wildlife, surfing and then on Friday night I gave it its sternest test by pointing it at a stage where my son and several of his fellow music students gave us a night of rock music. As you may know I shoot live shows with relish. I've done it with lots of different types of lenses over the years, from Leica to Canon to Nikon. They're all good, but the best low light work I've done has come from the Olympus E-M1 and 75mm f/1.8 ED lens. I was curious to see how the new 40-150/2.8 PRO would compare to this lens when shooting at our usual live music venue.

Well, long story short: the 75/1.8 is definitely still the champ in that department. But, this 40-150/2.8 has double the focal length and while it's a stop and a bit slower than the magical 75mm, it is certainly no slouch when it comes to shooting live shows. I found the AF as decisive as it always is when shooting in low light where there is discernible contrast to grab onto. The sharpness is also there, just not quite as sharp as the 75/1.8, but you'd really have to be a stickler for detail if you are unhappy with what the 40-150 offers at high ISO on an E-M1. The additional sharpness I see from the 75mm is probably because my auto ISO goes up a couple of stops when I am shooting with it, which means that it probably looks sharper under the same poor lighting conditions as the 40-150 because the sensor is bringing more detail to the shot. Out in broad daylight I don't think there's anything in it and I'd probably want the convenience of the zoom over the fixed lens (considering that here in Africa shooting f/1.8 in broad daylight is going to require a very, very fast shutter speed most of the time).

As far as micro four thirds lenses go this is the biggest one we've seen so far, but I think a lot of the perceived size has to do with the rather large lens hood. If you take it off and also take off the very unnecessary tripod mount, it's actually not that big at all. Still smaller looking than a 70-200/2.8 on your bigger sensor cameras. I don't find the weight an issue, but a lens like this is not something I would take with me on a casual shoot - it's a lens for professional jobs.

...gives you the definition you need...

These were all shot on the same night, using two E-M1 bodies. It would appear I have the wrong date set on one of them!

All images processed in Lightroom CC and B&W conversions done in Alien Exposure 5 (grain has been added using the Tri-X pushed 1 or 2 stops simulation).