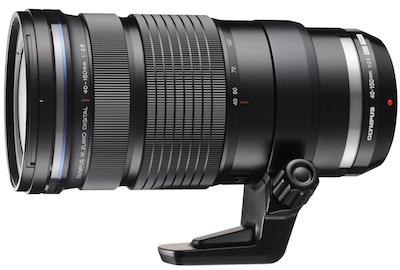 I recently got this lens and had a chance to take it out to the Columbus Zoo and Aquarium to test it out. Out of all the zooms for Olympus, this is the one that I had most interest in using. For the wider to medium focal lengths, the primes seem to fit the bill quite nicely. I am covering the Arnold Classic 2015 in Columbus starting March 6 and decided with the acquisition of the Olympus gear that I would try to shoot it Olympus only.

I thought some readers might be interested in seeing the size of the different 135 lenses versus the m43 40-150/2.8 PRO. Please forgive the cellphone pic quality.

Before shooting any major events, I always like to test out new equipment. So first outing, I tested at the Columbus Zoo and Aquarium.

I don't do charts and pixel peeping. I do real world shooting and test the lenses based on what I can get from a final product as well as how well it handles and does it get out of the way and allow me to get the image. Keep that in mind when reading further.

At the time of these sample shots, the OM-D EM-1 was still version 2.2. The zoo habitats had glassed in viewing areas, fences in some instances and they tend to be dirty and can degrade final image quality.

I can't really find a lot of fault with the IQ at any aperture or any focal length. You have your normal IQ drop off at f/11 and above due to diffraction, but beyond that, I find it stellar.

The bokeh is also really nice and smooth. Even at f/2.8 it might not be as shallow as some might like, but I find that there is enough to allow for good subject separation.

From the sample images below, even shot wide open and in the challenging conditions, this lens is fantastic.

First impression was, it feels an lot like shooting with the Nikon 80-200/2.8. From the well dampened zoom and focus rings to the location of said rings.

The zoom ring is operates smooth and is well dampened. It is a little stiffer than the 80-200, which I am able to change the focal length with one finger. The Olympus required a solid grip and turn, you definitely will not move it accidentally. Another thing coming from Nikon zooms to remember is that the wide to telephoto turns in the opposite direction of a Nikon lens.

The focus ring is smooth and moves from near to infinity very quickly. If you don't tell people, they probably wouldn't realize it is a fly by wire focusing system. The AF/MF clutch is great for those times when you want to quickly switch over to MF. Menu diving not required and you get the added bonus of snap focusing. The MF ring does have hard stops at either end.

Mexican Wolves playing in the snow

It can be removed if you don't need it and I like the ability to rotate the ring all the way around the lens, so you can get it out of the way when you are shooting with it handheld. It also feels very stable, so should be solid when used on tripods. The tripod socket is metal.

This lens is on the heavy side when compared to other m43 lenses but compared to an APS-C or 135 equivalent f/2.8 lens it is down right small and light. Not so bad if you consider that this is the biggest lens for the system.

Single point AF is lightning fast in good light. Even in poor light, it is slow, but tends to hit the mark. There is some hunting, but only when the lighting is so dark it is hard to see your target with the naked eye. Continuous AF worked much better than expected(I've not a lot of experience shooting continuous with m43 as the single point AF has always been fast enough to get what I wanted in good light), even given shooting through glass. With the EM1 firmware at 2.2, a DSLR is still going to out focus it. 3.0 firmware, however might be a different story. A few days after the zoo trip we had a chance to test the 40-150/2.8 and the EM1 gave us even more hope.

I tested shooting 9fps against cars in traffic moving toward and away from me and going across my field. In all cases, I had a 100% good focus rate. Generally, this was without the target getting obstructed. C-AF was used. I have not had a chance to check C-AF / Tracking yet.

Once soccer/futbol season starts here I'll get a better handle on how the C-AF functions when the frame is crowded and when other targets cross the field of view.

The S-AF is so good and quick that you can hit most sport shots just using that. For the zoo shots C-AF was used without the tracking option and it was adequate for use in non-mission critical shooting (again, with the 2.2 firmware). There were some missed sequences but given the shooting conditions I'm not sure if the misses were the lens, my lack of experience using the m43 C-AF systems, or the dirty glass I was shooting through.

AF capable of keeping up with these running Mexican Wolves

The lens hood can be retracted with a twist of the ring. It stays locked in the deployed position until you use the ring. There were times pulling the lens out of the bag that the hood would lock out into position. I wish there was a way to keep it locked in the back position as well.

I am sold on the capability of this lens, even after just one day of shooting. It is sharp, handles well, everything is in a great place and the S-AF performance is top notch. I really think that the C-AF performance will follow, Olympus just needs time. The quick tests we had with the 3.0 firmware were impressive and promising. I'm not sure if Olympus could have made a better lens. Shooting in cold conditions, the all metal construction can be difficult without gloves. Just make note of that.