Moving from Nikon to Olympus 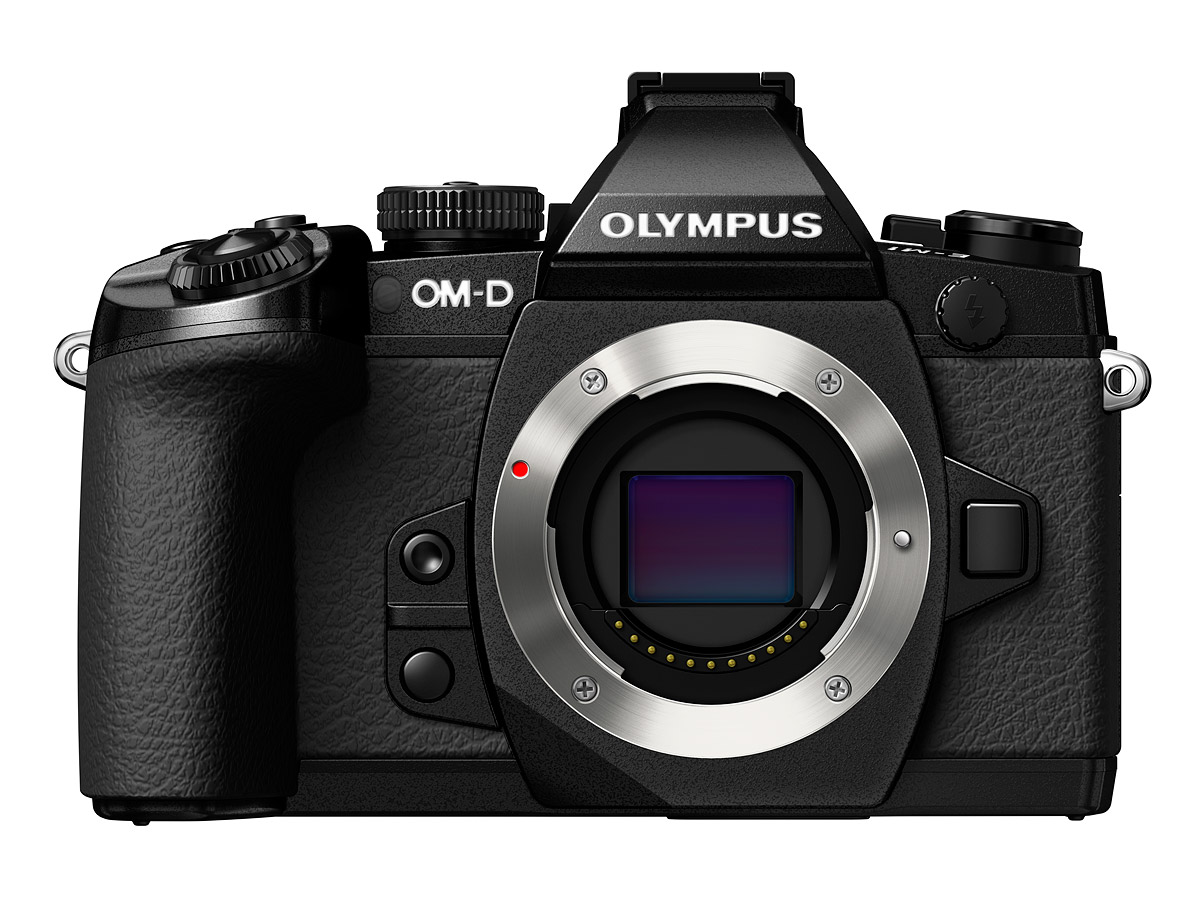 I never thought the day would come when I would once again be without a Nikon camera in my kit. There was a brief period between 2001 and 2004 when I shot with Canon EOS but then I returned to my Nikon roots in late 2005 with the purchase of a D70. It wasn’t long before all my EOS kit was traded in for more Nikon lenses and flashes. I was happy again.

In 2009 I bought a brand new Nikon D700 and up until 2 days ago I had used that camera almost exclusively for all my professional assignments. Product launches, conferences, product photography, plus of course the wildlife and cultural safaris I’ve been organising all saw the bulletproof Nikon D700 getting used. It never failed me, except for the one time I stupidly broke off the battery compartment door by accident.

Photographers are mostly restless creatures. We like to keep pace with technology and having the latest hardware is always something to get enthused about, but since the release of the D700 I have remained very unenthused by anything new that Nikon has brought to market. The D800 with an eye-watering 36 million pixels flies in the face of everything I believe in when it comes to making photography easier, so that model never made it to me. It didn’t help that so many users were reporting serious issues with auto-focus either. The D600 followed as the next FX model and, well, the less said about it the better as far as I’m concerned. A product bellyflop if ever there was one. As we all know a few weeks ago they brought out the Nikon Df, a deliciously sexy looking camera with a price-tag that can only leave one wondering if the brains trust at Nikon HQ have been ingesting some kind of psychotropic substance.

The D4 and D3s would have been good for me, but as a regular Joe trying to scratch out a living in sub-Saharan Africa, they remain as financially elusive as buying a new F-type Jaguar.

So I got restless and frustrated that Nikon wasn’t bringing out anything I considered a worthy successor to the D700. I also got to the point where I looked at each subsequent Nikon DSLR release and thought to myself, “apart from the sensor, what’s really new here?”. The answer was a deafening nothing. The basic camera remained the same. Heavy, fundamentally mechanical and in some ways fraught with impracticalities when it comes to getting yourself into awkward positions to take photos. I began to look at alternative camera brands.

The one that caught my eye was the then new Olympus micro four thirds sensored, retro styled OM-D E-M5. I had previously owned two other Oly m43 bodies in the form of the original Pen E-P1 and E-P2 that I enjoyed using very much, but they couldn’t compete with my D700’s IQ. Eventually I sold them, however the thing that stayed with me about those Oly Pen cameras was just how awesome it was to put them in a little shoulder bag and walk around knowing that I wasn’t going to draw a lot of attention, especially compared to the bag I had to lug around whenever I took my Nikon anywhere.

One fine day I found myself visiting a local electronics store and they had an OM-D E-M5 in their display cabinet. I asked the sales person if I could give it a closer look. It didn’t take long for me to know I wanted one. My initial impression was that this was a very robust feeling camera. It had a heft to it that left you with little doubt that it was probably worth the somewhat equivalently hefty price tag. I was intrigued and typically I later became fixated on it, exploring online reviews about the camera with every spare moment. That led me to discover that the OM-D E-M5 was making a lot of very high profile photographers very excited about its capabilities.

A few months prior to this I had acquired a second Nikon D700 that had hardly seen any use and with the restlessness for something new growing bigger each day I thought “screw it” and I ended up selling that D700 to get the money to buy this Olympus OM-D E-M5.

For a guy who doesn’t usually take risks, this was a big one. I still remember thinking to myself that I must have been crazy to sell a top flight Nikon D700 to buy such a small camera, yet whenever I used the E-M5 I just connected with it on a level that I had never connected with any Nikon DSLR. I loved the touch screen at the back and I loved the fact that wherever I took the camera nobody ever looked at me twice, except to occasionally ask me why I was still shooting with a film camera. In some ways it felt liberating and in others it felt like I was cheating on my wife (entirely metaphorically speaking that is).

I bought the E-M5 in August of 2012 and I have loved using it ever since. I own 6 lenses for it at this time and there’s very little it can’t do. On our recent month long safari through South Africa’s Western Cape, Namibia and Botswana I used it 95% of the time while the Nikon D700 sat heavily in my ThinkTank roller case. Looking through the images I took on safari I couldn’t help but wonder why on earth I had sweated bricks dragging a nearly 20kg ThinkTank roller case from Durban to Cape Town on a plane when all I was using on that trip fit perfectly in the ThinkTank Retrospective 5 shoulder bag. My wife’s handbag is bigger than that. The only time I used the D700 with purpose was in Etosha for some wildlife shots using the Sigma 120-300/2.8 OS and then once in Botswana for birds. I think it gave me a dirty look when I did eventually pick it up.

While we were on that safari Olympus released a new OM-D body in the form of the E-M1. I remember sitting bolt upright in my hotel bed while I was reading the press release on my iPad. I wanted it right there and then. It addressed every minor shortcoming of the E-M5 (focus tracking being the main bugbear) and it added some other useful features too, not least of which is built-in wifi. Since its release it has been making a lot of photographers very happy. Why shouldn’t I be one of them?

Last week I decided that I was going to take another risk. I put my remaining Nikon D700 and Nikon 24-70mm f/2.8 lens up for sale. While I was doing that I checked out the shutter count on both cameras. The D700 had done just shy of 30,000 frames in almost 5 years. The OM-D had done over 18,000 frames in 15 months. Those numbers translate into 1200 shots a month with the OM-D versus 500 shots a month with the D700. More than double with Olympus. Any misgivings I had had up until that discovery flew right out the window because here was the bald faced truth in numbers that even the most inventive of statisticians could not argue with.

A couple of days ago that D700 of mine went to a new home and yesterday so did the Nikon 24-70/2.8 (my most used Nikon lens). For the first time in nearly a decade I do not own a Nikon camera. I have since placed an order for the E-M1, the Olympus 12-40/2.8 and also the Olympus 75-300mm which I have been hearing very good things about. I will use it as a walk around 150-600mm equivalent until I get the 40-150/2.8 Oly next year. That will bring the total number of lenses I have for m43 up to 9, all of which can fit into a very small bag and which cost way less than the equivalent lenses for the F mount.

Many people are asking me why I didn’t just hang onto my D700 and wait for Nikon to bring out something that would fit more with my needs. Some of them even call me crazy and shake their heads. I don’t care. The thing is I’ve been waiting for Nikon to bring out this mythical D700 replacement for many years. It ain’t happening. What has happened while I was waiting for Nikon to produce something that meant something to me though is that I have had a mind shift when it comes to what I need to work as a photographer. I don’t need the hassle of a big heavy system of bodies and lenses, nor do I need to “look the part” of being a pro photographer. It’s a pain having to drag heavy gear around with you all the time. All I need is the knowledge that the equipment I am using is capable of performing and right now I am very happy with the performance of the OM-D system and Olympus’ m43 lenses. They make me want to take my camera everywhere and that’s something I just haven’t ever wanted to do with my D700.