Hands On with the Nikon D4S in Norway 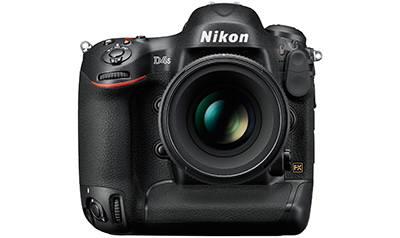 How cool it is to walk into Nikon Nordic in Oslo with Bjørn and have handed over a D4S as an NPS loaner to test and play with for two weeks! But I immediately wondered, as a current avid, dedicated D3S shooter, whether I would find the D4S compelling enough to invest $6500 US dollars in the upgrade. That's about 39000 Norwegian kroner - before VAT. Whew!! Pretty steep in any currency.

I'll tell you right from the start: After a 2 week trial, I am impressed. The D4S rocks -- it is versatile, solid, reliable, customizable and has gorgeous image quality. The improvements over the D3S are useful. I want the camera. Whether I will actually buy it will take some further consideration. A D3S to D4 upgrade? No. A D4 to D4S upgrade? No. But a D3S to D4S upgrade is looking worthwhile.

All arguments about size and weight have already been made a gazillion times over. So we aren't going to get into that. I'm personally very comfortable with the big D cams and had no serious ergonomic problems with the D4S other than learning the new button placements. After a couple of days some new kinesthetic neuronal tracks were laid down in the old brainpan and I was happily using all the buttons and dials.

Only one button gave me some grief with a particular setting, the Sub-selector, formerly known as the AE-L button. The Sub-selector sticks out more than the old AE-L button did. That's good for distinguishing it from the AF-ON button, so I approve. But when I programmed the Sub-selector to use for selecting an AF point (via side-to-side or up-down pushing), I then kept bumping it and knocking my AF point awry. So I went back to the familiar Multi-selector method of moving an AF point.

I didn't get to fully test the various settings for capturing motion in such a way as to present examples. (So little time with the D4S - so much of beautiful Norway to capture!!!) A few of us had great fun performing rat-a-tat 11-frames-per-second burst shooting while Bjørn rolled his eyes.

But make no mistake -- these 11 fps are not for "spray & pray". If you are seriously shooting motion, you want this for use with the dynamic tracking capabilities of the D4S: Group AF, tracking with 9/11/21/51 point clusters and 3D tracking.

Applied to a moving object, the 11fps seemed to work as advertised with auto-focus and auto-exposure keeping up. I shot a thread spool rolling across the floor several times using the new Group AF (a cluster of 5 AF points). When *I* was quick enough to lock the focus on such a small object, the camera certainly performed its role well. Yes, there were some in each sequence which were OOF, but not many. And it is hard to say whether it was me or the camera who did not keep up given that it is not so easy to keep the Group AF points on a small, fast-rolling thread spool. It would be much better to test the D4S on moving cars or skate boarders or a bouncing pupdog. If I ever get my hands on a D4S again, I will thoroughly test shooting motion sequences (I love shooting motion!!) and come back and post the test results here.

Side Note: 3D tracking is useful for focus and reframe of a still subject. The focus point remains on the subject after reframing.

Seems like Nikon hid a D2HS inside the D4S.

This is well worth reading to learn how to turn 16 Mp into 4 Mp.

The practicalities of why one would choose to shoot a small NEF instead of a large NEF escape me just now. Seems to me like I would always choose to shoot the RAW-L size and downsize if and when needed? Wouldn't you? But there must be someone out there who needs RAW-S files. Oh well.

So, anyway, my goal in this test was simply to compare an enlarged RAW-S file to a corresponding RAW-L file and to note any differences. As Bjørn put it, how much would you lose in image quality should you happen to "accidently" shoot the smaller RAW-S file for an intended large print which would normally be made from the full sized RAW-L file? Answer: Surprisingly little.

For a proper comparison, I first PS enlarged the below RAW-S photo 100% (that's double the width/length) to match the RAW-L size. You will see that fine detail is slightly softened in the RAW-S enlargement crop but that no detail is completely lost.

I wanted to shoot something real and not newsprint taped to the wall. 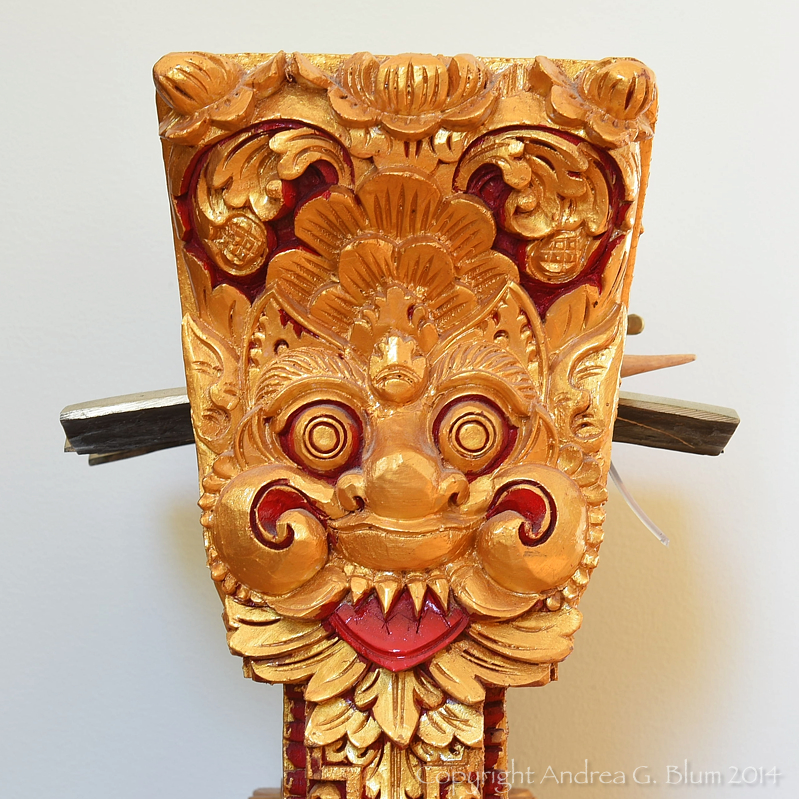 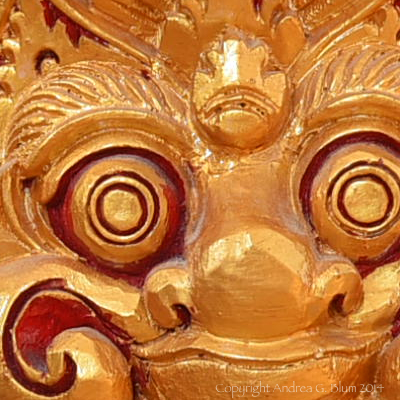 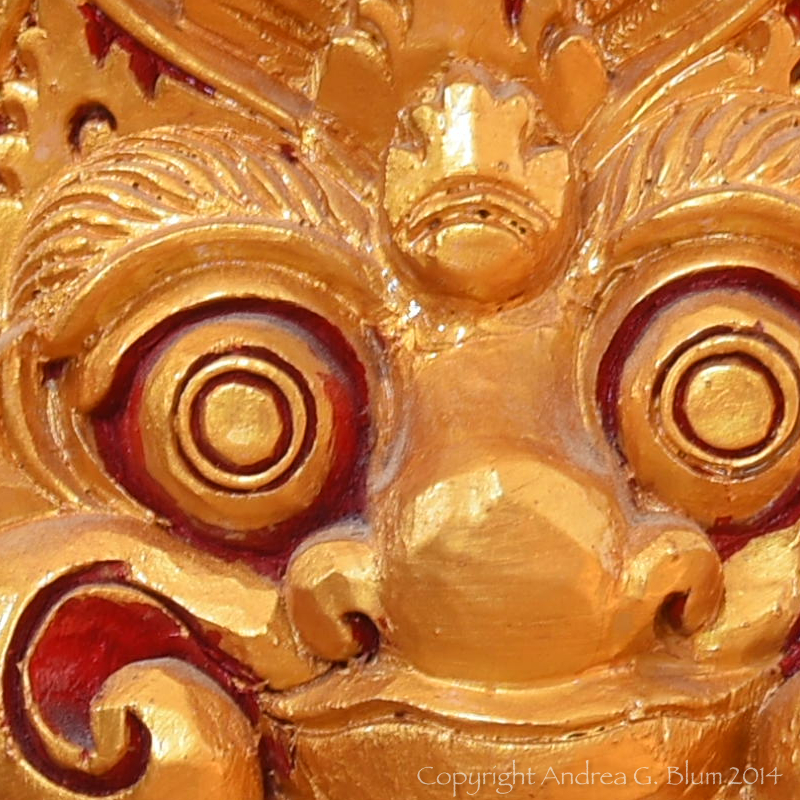 No sharpening in this crop.

But I did play with some low-radius USM and also with some .5 - 1.5 High Pass Overlay. Either method gave a small bit of contrast enhancement to the enlarged photo that was pleasing when viewed an arm's length from the monitor. Of course, choice of post-enlargement sharpening or local contrast enhancements can generate passionate discussion for many pages. So let's not get into that here. 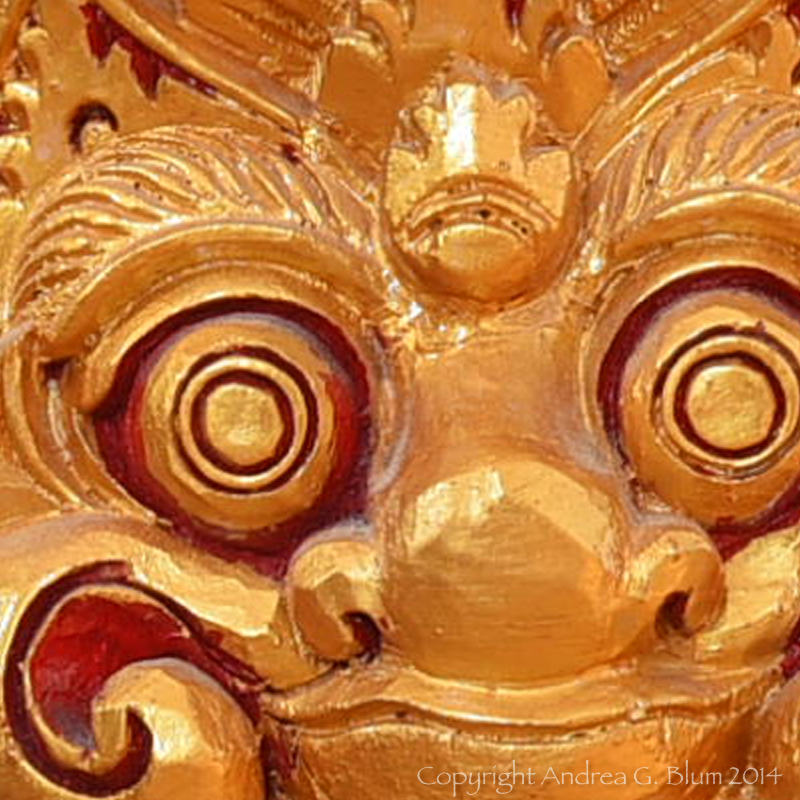 The D4S as a Landscape Cam

Yes, having 16 megapixels is indeed better than having 12, in my opinion. Doesn't seem like much of a leap, but I like the extra detail it provides. YMMV, of course.

The D4S colours are superb - they seem nicely nuanced, but not much different from the D3S colours - that's my subjective opinion again. One might argue with the methodology of DxOMark's measurements of colour, but the results do serve for making relative comparisons - the D3S and D4S are close in colour capability.

I do definitely note that the D4S increased dynamic range better handles highlights over the D3S. I'd already seen this with the Df and D600, so I knew to expect some of that with the D4S also. It may only be a 1 - 1.5 stop improvement, but you will see it.

For the following Harbor photo I felt I needed higher ISO because I was balancing the cam on a bridge railing and not on tripod. Of course, everything held up very well as ISO 800 scarcely stresses the image quality of a D4S file. I admit to bluing up the sky just a tad in NX2. But it's my memory photo, so I'm OK with doing that this time. Other than that, I applied a bit of gentle contrast brightening here and there with U-points. (I did not correct for the 24 wide.) 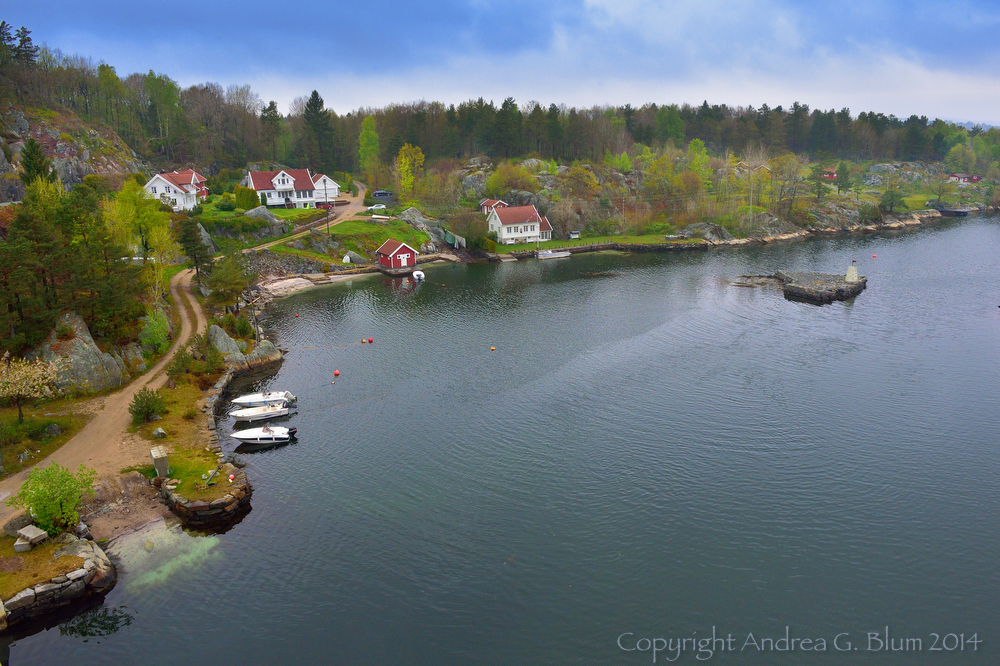 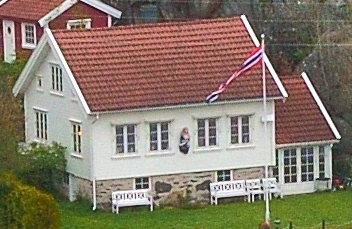 The D4S as a Sepia Landscape Cam

Fellow Fotozones member Sten Rasmussen guided Bjørn and me to the Utstein Monastery, a still-standing mediaeval monastery. It was in active use while we were there for some confirmation services. We had a good time talking and shooting on the Monastery grounds. And we got to check out Sten's nifty Fuji X, too.

For this study of gate, stone fence and trees using sepia tones seemed the way to go because the spring lawn was an intense lime green which - although really lovely - did detract from the idea I wanted to capture. I "cloned out" a couple of fence poles beyond the stone fence. The Photo Ninja detail slider seemed to provide just the right enhancement here.

Monochrome[4,1,0] Sepia[3]. But I altered that slightly when editing.

Converted in Capture NX2. Edited in both Photo Ninja and NX2. 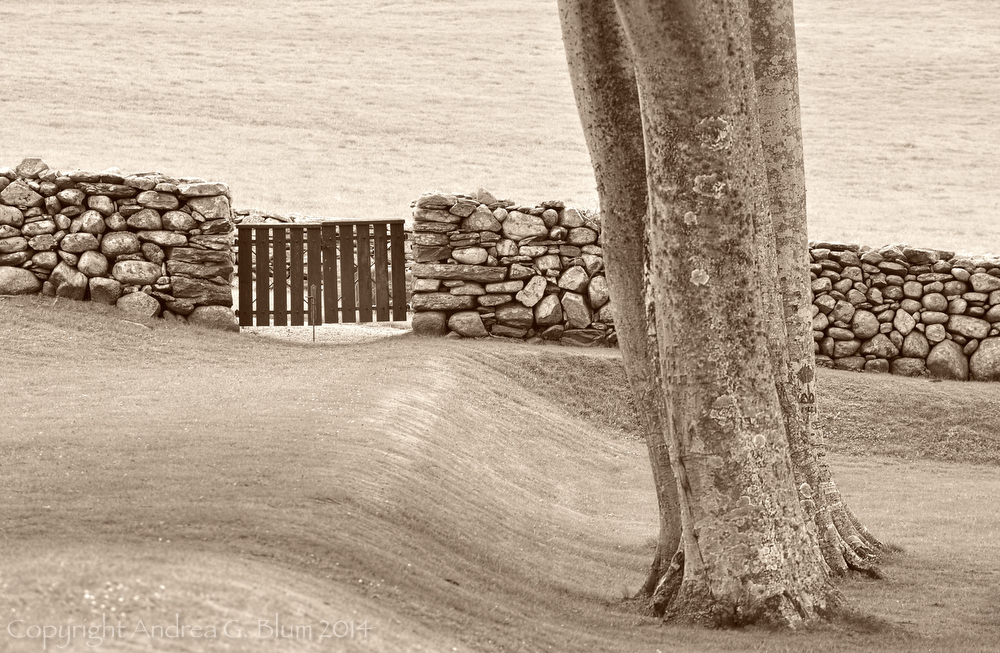 The D4S as an Artcam?

Well, why not. The D4S is nothing if not versatile. This photo in its final form is intended to have some of that 'graphics' look. With 16 well-designed megapixels and Expeed 4 processing, you can later push on a photo in your chosen editor for (*koff-koff*) "artistic" effect and still maintain some clarity and detail to keep the resultant art(?) "photo-like". 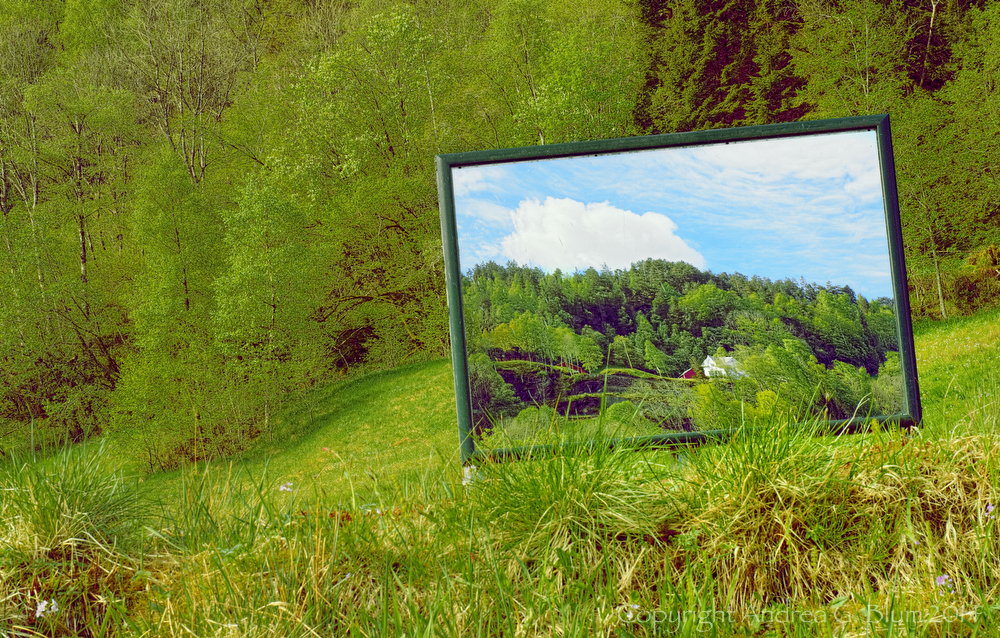 At the Altmark Incident Memorial both British and Norwegian naval pennants were flying. Typically a pennent is flown on commissioned naval warships. Sometimes homeowners fly a pennant to indicate that they are present. Flags and pennants waving in the wind are a natural subject for multiple exposures. 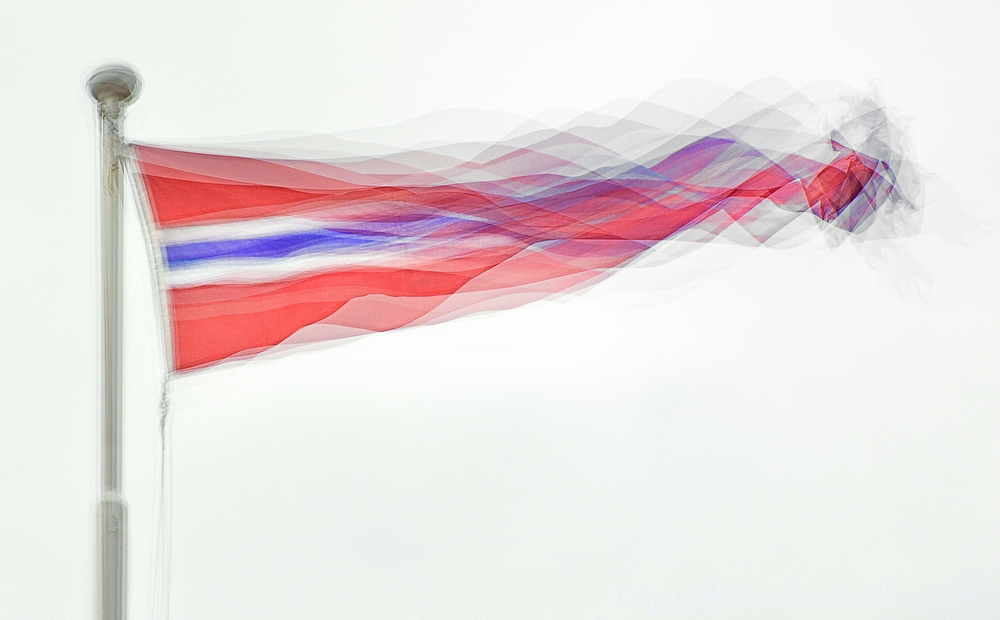