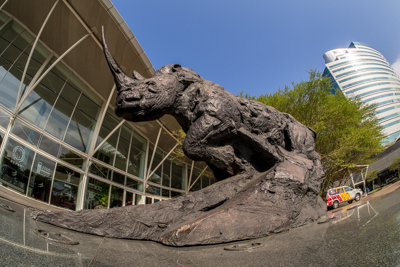 Since I first got involved with using m43 cameras a few years ago I have used quite a few lenses for the system from various manufacturers. Some of them are pretty meh, but there are some others that will really surprise you. These are the 5 I reach for most often.

Samyang is a specialist lens manufacturer based in South Korea. Prior to learning about this fisheye lens, I had read some glowing reviews of their other lenses online, particularly the 85mm f/1.4 they produce for 135 systems. Reviews of the 7.5mm fisheye also showed a good reputation amongst users, so I decided to get one.

The prices of their lenses are very reasonable when compared to OEM lenses, as well as other 3rd party manufactured ones. The 7.5mm fisheye I have chosen here is only $300. It’s very sharp and produces lovely vibrant colours on both my OM-D cameras.

The only downside to the Samyang range is that they are all manual focus lenses and they have no electronics at all in the bodies. This means that you have to set aperture manually too.

Focusing the 7.5mm fisheye on the OM-D’s is actually a doddle, even without the focus peaking feature of the E-M1. The depth of field is so great that if you stop the lens down to around f/5.6 or f/8 just about everything is in focus. If I leave my OM-D in aperture priority mode, somehow the camera gets the exposure right 99% of the time, so this lens has become a very firm favourite of mine. I can highly recommend getting one.

Round lens in a round room. My cabin at the Sossussvlei Dune Lodge in Namibia.

I picked up this lens on a bargain half price sale a couple of years ago. It’s construction is primarily plastic and polycarbonite, but it focuses very close and the optics from Leica are typically excellent.

Up until the release of the Olympus 60mm macro lens, there weren’t any other options for doing macro on micro four thirds, so this lens became quite desirable amongst photographers using that system, which I think is probably why it had such a high asking price of around $900. Those prices are under pressure now and I see that both Amazon and B&H are offering it for $720.

Is it worth the money? I definitely think so, but you’d be using this primarily as a macro lens. The auto focus is a bit too slow for it to do duty as a portrait lens in my opinion. Compared to the Olympus 45mm f/1.8 it’s a complete slouch, but it does have the Panasonic Optical Image Stabiliser (OIS) built in, so if you’re not shooting with an Olympus body, you have that benefit to fall back on.

For some reason though, in spite of its weaknesses in the speed department I really like this lens and I use it often for product photography and when I feel the need for macro work. I’d choose the Olympus for portraiture though, simply because it has such amazing bokeh and is considerably cheaper at $310.

Fried egg on a windsurfer? No, just an hors d'oeuvre at a wine tasting.

What can I say about this guy that hasn’t already been said ten thousand times all over the web? If there is one lens that is an absolute must have for m43 users it’s this one.

The image quality is outstanding. Bokeh is amazing, auto focus is typically Olympus swift and the build quality of this lens is all metal, right down to the manual focus ring which is smooth as silk. You’re getting a lens that is not terribly different from the size of a 50mm f/1.4 on 135 system, but which gives you a very useful 150mm equivalent field of view. For indoor sports and low light work this lens will give you many photographic rewards and leave you feeling as pleased as punch. I can’t sing it’s praises high enough.

Price wise it’s not cheap at $900 sans the metal hood, but if you wanted to get an equivalent lens in 135 you’d be spending a whole lot more cash.

I really didn't go to a boy band concert, but they seem to make appearances in shows everywhere these days.

This is a really tiny lens that collapses when not in use. It’s not much bigger than the diminutive Olympus 45/1.8 which I often call my “cotton reel” lens. It is well constructed and because it’s so small and light I always have it in my camera bag.

The other option for wide angles that you currently have for m43 is the Panasonic 7-14mm f/4.0, which is a pretty good lens, but it’s much, much bigger and heavier than the Olympus. The difference between the 7mm and 9mm wide ends of these two lenses may be significant enough for those seeking ultra wide capability to opt for the Panny. However, you’re looking at $900 versus $560 for the smaller Oly option.

Optically the Olympus is very good and while it has CA that is typical of this kind of lens, these days with software correction that shouldn’t even be a consideration for deciding on a wide angle lens. If you’re in absolute need of the extreme wide angle field of view then stitching might be an idea if 9mm isn’t quite wide enough. Naturally this will depend on the application.

The hood for this lens is the LH-55B which is a largish rectangular job. While I love the look of these style of lens hoods, they aren’t very practical because they can’t reverse onto the lens when in storage. Because this one is quite a bit wider than the lens you really shouldn’t store it on the lens in your bag in case it breaks off when pulling it out of a tight compartment in your bag. It’s quite slim so what I do is store it in a side pocket of the ThinkTank Retro bags I use.

It's not quite an extreme wide angle, but with some vision you can make it work for you.

Most glamourous women have their “little black number”, which is the sexy, tight fitting dress they wear to important cocktail parties. Olympus has the 12-40mm f/2.8 PRO which in photographic terms is exactly the same thing. The lens is not only amazing to look at, it feels even better to hold.

I was lucky enough to be one of the first people in South Africa to get one of them because they are in short supply here. When I did get it I was quite literally in awe of the image quality. Prior to making the switch to Olympus I had used the Nikon 24-70/2.8 as my main lens and I stated very often to many who asked that it was the best zoom lens I had ever used. If I was going to have any regrets about leaving Nikon, it would be because I wouldn’t have that lens anymore. Well, I’m pleased and relieved to say that I think the Olympus is slightly better than the Nikkor. How? It’s sharper at f/2.8 so it provides more of a usable aperture range. I would always have to stop down the Nikkor to f/4 for the sharpness I wanted, which when I was shooting the D700 would have the knock on effect of having to shoot the camera slower or boost the ISO. Being able to shoot the 12-40/2.8 wide open and get the same sharpness, perhaps even more so, is one of the great delights I have experienced since moving to m43.

The 12-40mm f/2.8 PRO has a couple of sweeteners that I am happy with. One is the presence of a programmable function button on the lens body. If you find that you have run out of buttons to assign custom functions to on your OM-D, you can assign any of them to this button. I have mine set to activate the digital 2x teleconverter. The other sweetener is that you don’t have to shell out for the lens hood separately anymore. It comes bundled with the lens. Thank you for listening to your customers, Olympus!

While I already have 10 different lenses for my micro four thirds system, there are many I haven’t yet had the chance to try out. So if you have some favourites that are not on my list, please share them with us.

If you're thinking of buying one of these lenses please support Fotozones and use one of the many links in this article to buy it from Amazon.com, or the links to other merchants found on this website. It won't cost you any more but it helps me earn a small commission when you buy using a link from my site.